When Tropical Storm Irene finally ceased its assault, it was time to assess the damage. 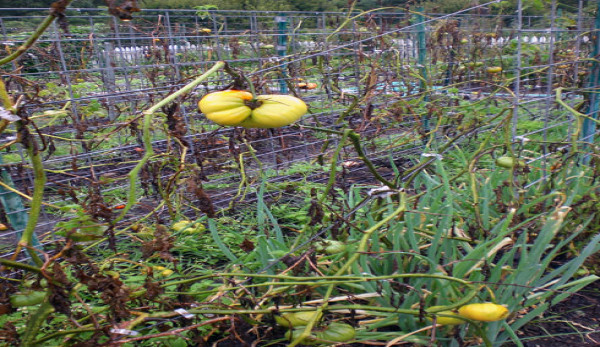 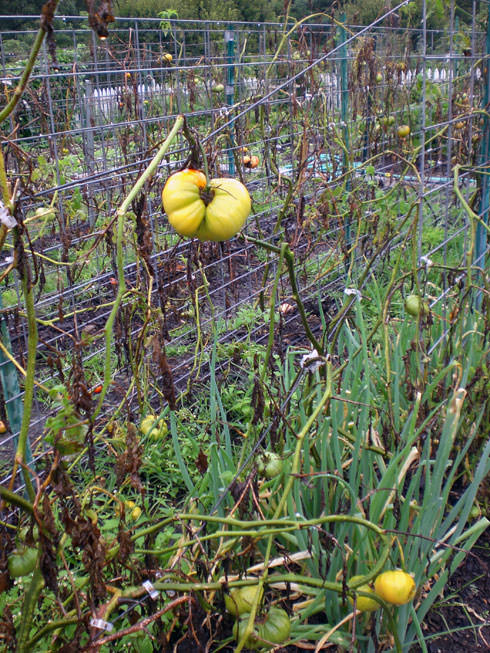 Hurricane Irene may have been downgraded to a tropical storm, but it still made a mess in my area. Branches fell, neighborsâ€™ houses flooded and the power was out for days. Iâ€™ve never heard a hum as sweet as my refrigeratorâ€™s last Wednesday morning and a silence as peaceful as when all the generators stopped. It was then time to roll up my sleeves and start cooking again â€¦ and, unfortunately, throwing things away.

About 40 percent of my freezerâ€™s goodies had to be tossed, including some of the carefully squirreled-away crops from earlier this season. Fortunately, the four beautiful local chickens I had in there had only begun to defrost, so I was up at 6 a.m. roasting all four: one to keep and three to give away to friends and relatives whose cupboards had become bare after the storm. The strawberries and raspberries I had picked had to be re-imagined, too; I used them to assemble some Labor Day weekend berry shortcakes.

My inconvenience and small losses, however, were nothing compared to what Hudson Valley farmers have suffered.

GrowNYC, the organization that oversees New York Cityâ€™s Greenmarkets, reported that â€śMore than 80 percent of the tri-state area family farms that supply produce to the cityâ€™s 53 Greenmarkets were badly damaged.â€ť

Second-round plantings of crops, such as carrots, onions, spinach, arugula and baby beets were washed away. Flattened cornfields, as well as waterlogged vegetable fields, are everywhere.Â Winter squash andÂ pumpkins floated away down the flood-swollen creeks and rivers that have also created the fertility of the farmland. In addition, the FDA has prohibited the sale of produce that was under floodwaters or even in a flooded storage facility. As a result, many CSAs have basically had to shut down for the season because they cannot pass salvaged crops onto members.

City Greenmarkets were closed for the entire storm weekend but have reopened. Currently GrowNYC has organized a centralized help desk where farmers can post their needs. They also collected donations and offered running buses from the city to the farms for volunteers over the Labor Day weekend. Shoppers at urban markets will certainly be noticing a diminished selection of produce, which usually overflows at this time of year.

In addition, area cheese makers and dairies, such as Rainbeau Ridge and Ronnybrook Farm, have had to waste gallons of milk without the power to pasteurize and keep it cool for cheese. Some livestock have even drowned in the Catskills and the small farms of Long Island. Neighboring Connecticut and Vermont were terribly impacted, as well.

Underscoring the importance of decentralized food production as a safety net, gardens and urban-farming projects closer to the city seem in better shape. At our growing coop, our preciousÂ tomatoes have suffered an untimely death, and the rain has pumped up our melons without the sun to sweeten them. However, we continue to harvest armfuls of produce â€¦ and feel very lucky, indeed, to be able to do so.