Agriculture, climate change and food security come together at the 2010 Agriculture and Rural Development Day. 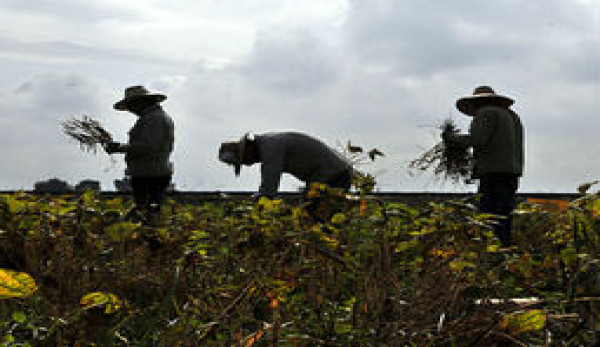 More than 400 policy makers, farmers, scientists, and representatives from the private and public sectors gathered in CancĂşn, Mexico, on Dec. 4, 2010, for this yearâ€™s Agriculture and Rural Development Day. ARDD, which gave attendees an opportunity to discuss food security and the role of climate change in agriculture, was held in parallel to the United Nations Climate Change Conference, or COP16.

In his opening remarks, RodrĂ­guez cited the common belief that agriculture part of both the climate-change problem and solution. He argued that climate change offers â€śan opportunity to change the way we produce, consume and develop, without compromising economic growth.â€ť

According to Andersen, opportunity for agricultural development has the potential to be a triple-win that benefits the environment, farmers and food security. By using good land management and agriculture practices, including agroforestry systems, zero tillage, and improved water and fertilizer management, she said farmers could help cut carbon emissions by at least 13 percent.

While itâ€™s farmers who implement climate-smart strategies, RodrĂ­guez pointed out they can only do so with government support. The Mexican government, he says, is meeting this need through a concrete set of strategies and policies designed to reduce carbon emissions by 7.83 million tons over the next two years.

Offering a farmerâ€™s perspective, McCabe noted that all farmersâ€”regardless of their operationâ€™s sizeâ€”focus on profitability. He echoed RodrĂ­guezâ€™s call for governmental solutions, but emphasized the need for policy action independent of scale. All farmers can contribute to climate change mitigation, he said, and all farmers â€ślive the cycles and impacts of policy.â€ť

The theme of pursuing political solutions to agricultural concerns carried over into five parallel roundtable discussions that followed the plenary sessions. Participants in each roundtable discussed options for capitalizing on the intersections of rural development, agriculture and climate change. Each panel identified current knowledge gaps between the development, agriculture and climate-change agendas. Panelists also worked together to craft a set of recommendations for national and global policy makers.

Alongside the discussions ran an Ideas Marketplace, which featured more than a dozen organizations presenting their activities, policies and experiences along three themes: policies and technologies, achieving co-benefits through sustainable agriculture, and integrated approaches to agriculture and forestry.

A summary of ARDDâ€™s presentations, roundtable discussions and policy recommendations was presented at a Dec. 6, 2010, COP16 side event titled â€śEnabling Agriculture and Forestry to Contribute to Climate Change Responses.â€ť The results of Forest Day 4, held on Dec. 5, 2010, were also reported.