The National Humanities Medal is awarded to Wendell Berry, who promoted farm conservation through his writing. 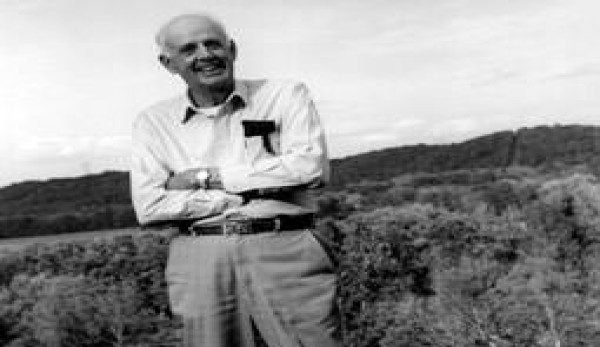 Promoting farm sustainability and conservation isnāt limited to the field, as poet and novelist Wendell Berry has proven. Berry has published more than 40 works of fiction, nonfiction and poetry, many of which demonstrate his commitment to farming and explore humansā relationships to the land and the environment. Last week, he was recognized for his work as not only a poet and novelist but as a farmer and conservationist when President Barack Obama awarded him a 2010 National Humanities Medal.

Berry and his wife, Tanya, began farming in Port Royal, Ky., in 1965. Berry has lived, worked and written at Laneās Landing, on the banks of the Kentucky River, ever since. Many of his short stories and novels are set in the fictional Kentucky town of Port William. He has woven agrarian themes throughout these stories, examining the history and fate of agriculture in America through his plots and characters.

In his remarks at the award ceremony, President Obama spoke of the ability of the arts and humanities to transform society. āTime and again, the tools of change, and of progress, of revolution, of fermentātheyāre not just pickaxes and hammers and screens and software, but theyāve also been brushes and pens and cameras and guitars.ā

Berry is also a longtime activist for environmental and rural causes. In February 2011, he made national headlines as one of 14 mountaintop removal mining protestors to participate in a weekend-long sit-in in the Kentucky governorās office. In 2009, he removed his papers from the archives of the University of Kentucky, where he is an alumnus and former member of the faculty, to protest the schoolās decision to name a dormitory after a coal-mine owner. In that same year, he spoke out against the USDAās National Animal Identification System.Ā