Texas Longhorn cattle are among two new breeds added to the American Livestock Breeds Conservancy’s Conservation Priority List, while several others graduate from the program. 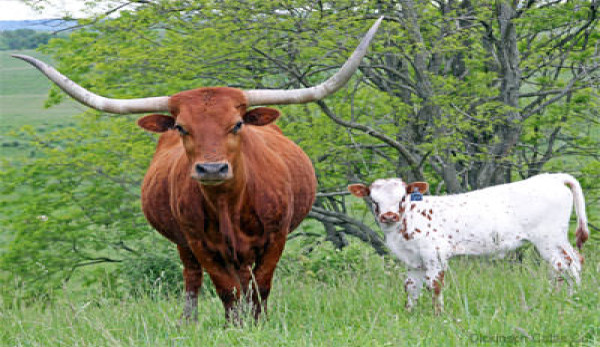 Two iconic American livestock breeds, the Morgan horse (traditional) and Texas Longhorn cattle have been added to the American Livestock Breeds Conservancy’s 2013 Conservation Priority List, a program designed to protect genetic diversity in livestock and poultry species through the conservation and promotion of endangered breeds. Harlequin rabbits, Galiceño horses, Saipan chickens and Icelandic chickens were also added to the 2013 Study category, meaning they are of genetic interest but lack definition or historical or genetic documentation.

For the first time since introducing the Recovering category to the CPL in 2000 as a way to monitor livestock breeds that have exceeded the Watch category, ALBC is promoting three breeds from the Conservation Priority List. New criteria were established for this move: The breeds are no longer in need of continuous monitoring if the annual registrations exceed 5,000 or their global numbers exceed 25,000. This degree of success puts these breeds on par with other livestock breeds that ALBC monitors from time to time, but not continuously, in species audits conducted every 10 years.

Other changes to breed status have been made for 2013, as well:

The ALBC’s programs include research on breed population size; distribution and genetic health; research on breed characteristics; gene banks to preserve genetic material from endangered breeds; rescues of threatened populations; education about genetic diversity and the role of livestock in sustainable agriculture; and technical support to a network of breeders, breed associations and farmers. Founded in 1977 as a clearinghouse for information on livestock and genetic diversity, it is the only organization in the U.S. doing this type of work.