Albuquerque To Vote On Becoming The Next Bee City

There are 25 cities with the Bee City certification—could Albuquerque be the next? 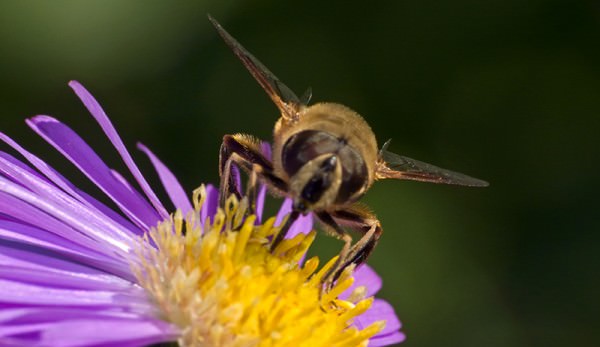 Later this month, the city of Albuquerque, N.M., will be voting on whether to become the nation’s 26th Bee City. In a season full of controversial campaigns, this one seems like a no-brainer, right?

A Bee City is one that takes the world’s pollinator plight seriously. Started in 2012, the Bee City USA certification program allows cities with a heart for protecting bees and cultivating pollinator habitats to get recognition for the work they’re doing. Cities under this designation—which include Washington, D.C., Seattle, and the pioneer city, Asheville, N.C.—commit to holding annual awareness events about pollinator issues, building bee habitats, posting signs and running websites dedicated to pollinator protection, and reporting their bee-friendly activities annually.

One of the Albuquerque City Councilors heading up the Bee City initiative, Isaac Benton, is the husband of a beekeeper and wants to see more conversations about bee and pollinator issues discussed at the city level.

“The decline of colonies and sudden collapse of colonies is a big deal,” he told KRQE News 13. And he knows—his wife has lost two hives. He says he sees the Bee City certification as a way to invest in the precious resource that is the local beekeeping community.

According to Bee City USA, the reasons for becoming a Bee City go beyond only raising bee populations—which we must admit, is pretty good reason in and of itself. It claims that protecting bees can help support the community’s economy, environment and eating habits, as well. When communities are building bee habitats, business at local nurseries go up, there are new business opportunities surrounding bees and their products (like honey and beeswax), and locally grown crops that are pollinated by bees flourish.

It sounds like this will be a win-win-win for Albuquerque!