Always Cook Your Mushrooms Before Eating

Your homegrown mushrooms can be part of a healthy meal if you cook them to perfection. 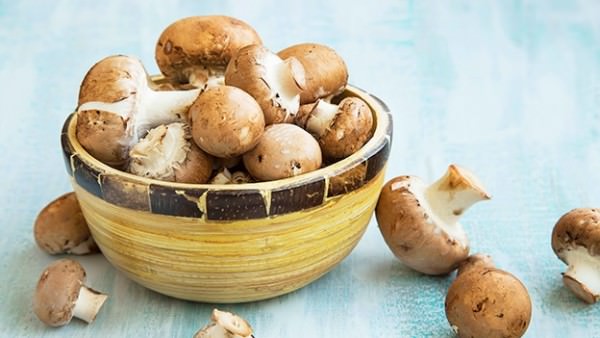 Each variety of gourmet mushroom has its own unique flavor and texture. While similar preparation methods can be used for any mushroom, using the proper seasonings and cooking time will help to draw out maximum flavor and ensure a well-balanced texture.

Mushrooms should always be cooked before eating, even if only for a couple of minutes. This statement will certainly be disputed by some, but the fact remains that fungal cell walls are much more complex than plant cellulose walls, making raw mushrooms difficult to digest. Even the pervasive button mushroom, which many eat raw in salads, contains trace amounts of toxins.

In “On Eating Raw Mushrooms,” published in the November 2008 Mycena News, the newsletter of the Mycological Society of San Francisco, mushroom expert David Campbell wrote that buttons, and many other edible mushrooms, contain various hydrazines, a group of chemical compounds generally considered carcinogenic. “For the most part, these compounds are heat sensitive, readily volatilized and expunged from the fungal flesh by proper cooking.” An exception is that they can be fermented in brine for at least a week, as fermentation breaks food down and is a detoxifier.

Stir-frying and grilling are the most versatile cooking methods for mushrooms, but they can be incorporated into nearly any dish with just a bit of creativity. From quiche, to soup, to omelets, to side dishes for meat-based or vegetarian meals, the sky really is the limit. Here are some suggestions for how to prepare your homegrown mushrooms for a delicious meal:

Large mushrooms with meaty textures, such as portobello or king stropharia, are great meat substitutes, as they have a texture and flavor akin to red meat, and can be prepared in a manner similar to meat. Lightly oil and season the gill side an hour before cooking, drizzle a bit of balsamic vinegar, and cook just a couple of minutes per side on the grill or in the pan. Place on a toasted bun. The seasoning is up to your preference. Start with salt, garlic powder (or minced fresh garlic) and dried herbs such as thyme, oregano and basil. Experiment from there.

You can also take an Asian approach by drizzling olive oil, sesame oil, and tamari or soy sauce on the gills. Add 1 to 2 tablespoons of rice wine or dry sherry, and sprinkle some black pepper and garlic powder or fresh crushed garlic (1 to 2 cloves per mushroom). A nice bonus is a teaspoon per mushroom of Chinese five-spice powder (cinnamon, cloves, toasted fennel seed, star anise and Szechuan peppercorns). Grill or roast.

Rather than grilling, you can also let the mushrooms marinade for about an hour and coarsely chop them for stir fry.

Oysters in particular are ideal for omelets. One of my favorite ways to eat them is to harvest them in the morning, chop them up, and lightly sauté them on medium heat in butter (or olive oil) with a dash of salt and chopped fresh garlic. I’m careful to not overcook them, but allow the mushrooms and garlic to get a bit crunchy. Then, I either add a couple of eggs and scramble, or remove everything, prepare an omelet, add the mix to the omelet, fold the omelet, sprinkle a bit of shredded cheddar, and remove the omelet when the cheese has melted and the eggs are cooked through.

One reply on “Always Cook Your Mushrooms Before Eating”

[…] blewits should not be eaten raw. They have a unique flavor that holds up well in pork, fish, pasta or rice dishes. Before you […]