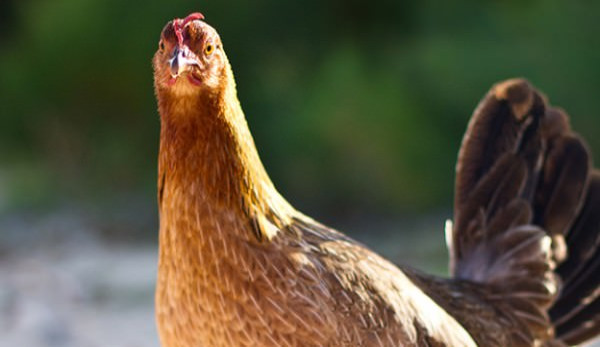 History: Frank Gary of New Jersey is credited with developing the American Game Bantam chicken breed during the 1940s. At the time, fanciers were showing game-bantam chickens, sometimes referred to as â€śpit bantams,â€ť that were not recognized by any breed associations. Gary set out to fill this void by crossing these pit-bantam chickens with Red Junglefowl in hopes of creating a chicken breed worthy of recognition. The American Game Bantam was accepted into the American Poultry Associationâ€™s Standard of Perfection in 2009.

Conformation: The American Game Bantam chicken breed comes in a variety of colors, including Birchen, Black, Black-breasted Red, Blue, Blue-breasted Red, Brassy Back, Brown Red, Golden Duckwing, Red Pyle, Silver Duckwing, Wheaten and White. As of 2011, the APA recognizes 10 of these 12 colors. The breed has a single combâ€”on hens, it has five upright points. Its wattles and earlobes are thin and smooth, and all are red, though the shade may vary depending on plumage color. Shank color also varies with plumage. American Game Bantam cocks weigh about 30 ounces and hens weigh 27 ounces.

Special Considerations/Notes: The American Game Bantam chicken breed is both hot- and cold-weather hardy and is the most confinement-tolerant of all game breeds. Despite this fact, itâ€™s a good idea to keep males separated.