An Open Letter to My Housemates on Saving Water

Nothing drives home the preciousness of water like running out of it. Use these 11 tips to reduce water waste in your household. 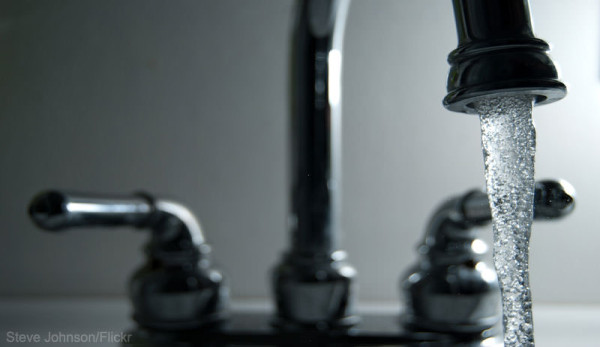 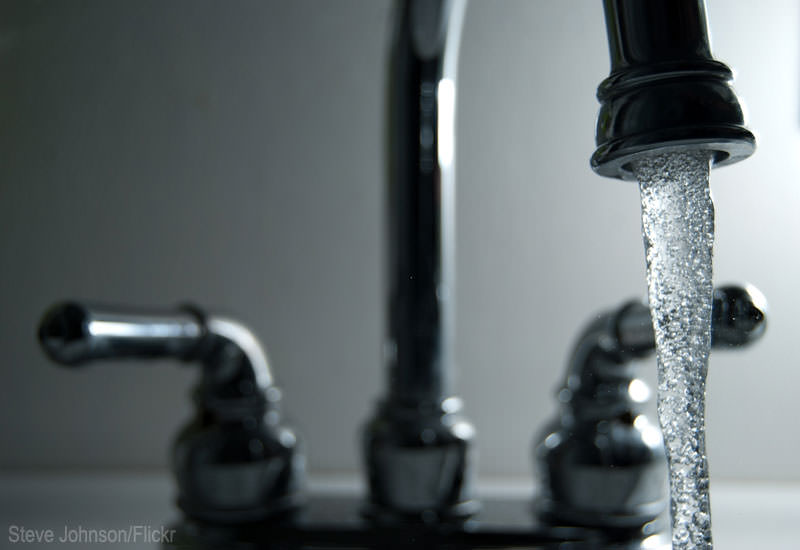 I’m writing to you on yet another summer day that we have no water. Living with a cistern as your home water source is challenging, for sure, and having it run dryãthree times in four weeks, mind youãis no eff-ing joke. I’m angry, actually. I’m not angry at youãOK, I am a little by defaultãrather, I’m angry at myself and at the largely wasteful American society we’ve been raised in. We’ve each visited and lived in places in the U.S. and abroad where water is regarded as the valuable and precious resource that it is. We know better than to use our water in such a way that we drain our cistern so quickly.

Personally, I spent a month in Italy and two weeks in Bulgaria living on farms where we had to stand in line to get water and transport it to the farms ourselves. We didn’t have an indoor toilet or shower in Bulgaria. In Italy, we conserved water as if it were our sole purpose in life. I traveled around Turkey, Eastern Europe and the Balkans, where you don’t dare drink the water from the tap. It doesn’t take long upon returning to the U.S. to forget the water lessons we’ve learned from less-privileged societies, though, and that’s what landed us in our current no-water situation.

With the nice man who drives the water tanker coming to fill up our cistern again tonight, I am promising to return to my somewhat common-sense (though some might call them militant-hippie) water-conservation ways. Will you join me?

1. Use the Shower Bucket

I put that repurposed kitty-litter bucket in the bathroom to catch water while I warm up the shower. I don’t catch a ton of water each timeãprobably 1ô§ gallonsãbecause our water heats up so quickly, but the water collected is handy for flushing the toilet, washing dishes and watering our container garden.

You probably don’t take the lid off the toilet tank all that often, but if you do, you’ll see a 16-ounce plastic water bottle in it. This bottle is full of water that never makes it to the toilet bowl. It holds space in the tank, reducing the amount of water that flows into the bowl when you flush. This has actually been in place for a couple of weeks alreadyãI bet you didn’t even noticeãand saves 1/8 gallon with each flush. Maybe that’s only 1 gallon per day, but that’s 365 gallons per year!

While we’re talking about toilet flushing, let’s continue following the charming “If itãs yellow, let it mellow; if itãs brown, flush it downã philosophy of toilet use. With three of us in the house, the toilet gets flushed enough to not become completely disgusting during the “yellowã phase. And if it grosses you out completely, flush it using the shower-bucket water. Maybe a little bit of gross in the bowl will encourage more frequent toilet cleaning. (Hint, hint.) It’s 1 3/5 gallons of water per flush, by the way.

Growing up, you could not get me out of the shower in less than 20 glorious, full-blast, skin-peeling-hot, singing-in-the-shower minutes. Traveling has taught me this is an enormous and wasteful privilege, and I’ve amended my ways. What I call a European shower is:

I am the first to say this water-conservation rule sucks, especially if the bathroom is cold or you are cold or it’s early in the morning or you just like to stand under running water. Two gallons per minute are used in a shower [http://water.usgs.gov/edu/qa-home-percapita.html], though, and that adds up fast.

I know, I know: I’m pushing buttons now. It’s entirely not necessary to shower every day, though. In Italy, the rule was one shower per week. On the farm I lived on in Oregon for six weeks, we had shower rights twice per week. In Bulgaria, it was once per weekãit was an outdoor solar shower, and you didn’t want to shower any more often than that because it was the beginning of autumn, and that breeze was cooooold on your wet skin. Maybe start by showering every other day and certainly when you can smell yourself.

You know that bread that I make with the sunflower seeds that you all go ape-shit over? You know what makes it so good? The liquid in the bread is the water I used to cook beans the day before. Instead of throwing out that water, I use it for another cooking purpose. The same goes for water used to boil or steam vegetables or to cook pasta or potatoesãI cook rice with it, put it in a quart mason jar in the fridge for later use, use it in making pasta sauce ãÎ my reused cooking water is hiding all over that food you like so much. In Italy, we saved this water, too, and used it for flushing toilets and even for washing dishes.

7. Turn Off Water While Washing Hands

Think about how many times per day you wash your hands and how much water is running down the drain while you do it. We’re lucky that our water faucets aren’t the kind you have to turnãthey have the push handleãso you don’t have to grip a dirty faucet knob with your soapy hand. Rather, you can bump the handle with your elbow. This is the same concept as the shower:

This practice is worthô 1/2 gallon in water savings with each hand washing.

This goes for the washing machine as well as the dishwasher. I hate when I want to wear my black tank top but it’s dirty (probably because I spilled something on it again) and I don’t have a full load of darks to wash with it. I love when one of you is doing laundry and makes an announcement that you have room for more clothing! I want to do more of this myself. It’sô 40 gallons literally down the drain per load of laundry, andô 20 gallons per dishwasher cycle.

If I come back in another life, I do not want to be reincarnated as our ancient, overworked dishwasher.

A quick lesson in dishwasher mechanics: Open the dishwasher and locate the sprayer arms. The water sprays onto the dishes from the jets located on the sprayer arms. You’ll notice that if one bowl is stacked on top of the other, physics won’t allow the water to reach the stacked bowl. That bowl will come out of the dishwasher just as filthy as it went in, requiring further washing.

Additionally, when plates are shoved into the dishwasher every which-way, filling the dishwasher becomes more of a game of Tetris and less a strategic means of fitting in as many dishes as possible so that we have to run as few loads as possible.

Here’s another art form that was lost with the proliferation of mechanical dishwashers: How to wash dishes. I can write a whole article about this, but in summary, give the sink a quick clean, plug it up and fill it halfway with water plus a squirt of soap. Wash dishes in order:

Then rinse these dishes, catching water if possible in one of those pots or a bowl so you can continue to reuse the rinse water. We can probably knock out 1 gallon of water by hand-washing dishes logically, leaving 3 gallons to the cause [http://water.usgs.gov/edu/qa-home-percapita.html].

If we didn’t already have our water running into a cistern, I’d suggest we install someô rain barrels to water our little container garden. We can still do well by using shower warm-up water and other creatively reused water sources.

I realize these water-savings requests make me sound a bit like a militant hippie, but you guys have lived with me for four months, so you already know wastefulness makes me twitch. I hope these are things we can work on together! And I want to hear your ideas, too.

P.S. I promise to tell you if you stink and need a showerãI hope I can count on you for the same.

Freelance writer Lisa Munniksma is the former editor of Hobby Farms magazine and the writer of HobbyFarms.comãs ãThe News Hog.ã She left the office for the farm in 2011 and is now part of an organic vegetable and livestock farm in Kentucky. During the winter, she travels to warm climates to learn about farming in other parts of the world. Follow her on Instagram: www.instagram.com/freelancefarmerchick