Once powerhouse fiber producers in the American Southwest, today's Angora goats are small-farm favorites for their naturally colored fleeces. 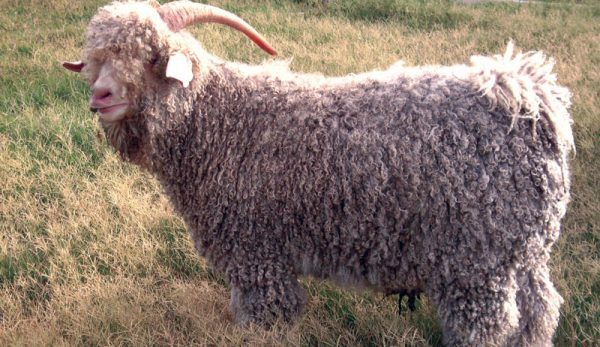 Angora goats originated in the area between the Black and Mediterranean seas known nowadays as Turkey. The first importations of Angoras to the U.S. occurred in 1849. James Davis of Columbia, South Carolina, brought seven does and two bucks back with him following a trip to Turkey.

In 1900, the American Angora Goat Breedersā Association was formed in Rocksprings, Texas. Around that time, one could find the majority of the breed’s total population concentrated in the Southwest.

Read more: Here’s everything you could want to know about fiber goatsāfrom breeds to types of fiber and more!

Angora goats reached their all-time peak numbers in the mid-1960s, with an estimated 4 1ā 2 million in the U.S. In all, these goatsĀ  produced almost 30 million pounds of mohair.

Today, an estimated 125,000 head of Angoras remain in the U.S. You’ll find the majority located in the Edwards Plateau region of southwestern Texas.

During the peak production years from 1940 to 1970, many producers ran very large herds of goats. In fact, some herds even reached sizes as large as 10,000 to 20,000 head. Those large herds, however, no longer exist.

The majority of Angora goat herds now consist of small farm flocks consisting of 20 to 30 head. Many of these small producers shear their own animals and also process the mohair themselves for use in the hand-spinning industry.

Read more: Want more stories like this delivered to your inbox? Sign up for our newsletter today!

In the 1990s, a group of breeders began selecting and breeding naturally colored Angoras. In 2002, they officially came together toĀ  form the American Colored Angora Goat registry.

Today, the fine, naturally colored fleeces are highly sought after by hand spinners and fiber artists throughout the country.