Last week, I finally upgraded to an iPhone. It didn’t take long for my geek friends to convince me to download a very popular game. 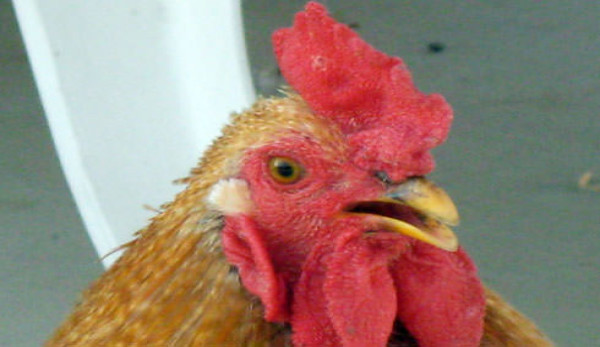 Never mind iPhone apps, I have a real-life flock of angry birds on my urban farm.

Last week, I finally decided to join the 21st century and upgraded to an iPhone. It didn’t take long for my geek friends to convince me to download the very popular game Angry Birds.

I became immediately hooked on Angry Birds. The trailer sets up the game by showing how the birds got so angry. They had a nest of eggs that they loved dearly, only to have it raided by a bunch of green pigs. The result: very angry birds that you have to slingshot at the pigs in order to get points. Whack all the pigs on the screen, and you move up to the next—and of course tougher—level.

Once I got into playing Angry Birds, I couldn’t stop. I was deeply drawn to it, finding myself laughing to myself while I was running my finger back and forth across the screen. I then realized something scary: I was developing a strong bond with the birds. “What is the matter with me?” I wondered. “Why am I so obsessed with these birds?” I’m not a gamer and don’t play anything else. So why this profound attachment to this game?

Two days ago, while playing it with the volume turned up loud (I was home, so I could blast it), I realized why I loved these birds so much: They sound like my chickens. They squeal, they squawk and they chortle, just like my goofy bunch of birds does in the back.

Whoever designed Angry Birds must know chickens, because it’s not just the sounds that are chicken-esque. It’s the attitude, too. As I watch the drama that goes on in my flock, it’s not hard to imagine my roosters coming up with a way to seek revenge on green egg-stealing pigs.

While it seems like Angry Birds is a great thing for me because I can virtually interact with chicken-like cartoon birds while standing in line at the grocery store or waiting in the lobby at the doctor’s office, I have discovered a problem. Too much Angry Birds leads to a bad headache and sprained eye muscles. Ever since I discovered Angry Birds, I’ve been downing Advil like it’s candy. It finally occurred to me yesterday that all the pain I’m feeling in my head is because I have been staring at my iPhone screen and those angry birds for much too long.

The remedy for this is the same remedy for all gaming addictions: Stop playing and spend some time outdoors. In my case, I get to go outside and hang out with some real-life angry birds.