Annexation & Your Small Farm: What Now?

When larger municipalities pursue rural areas, it can bring hardship to residents. Here are some potential effects of annexation, as well as what you can do to protect your farm endeavors. 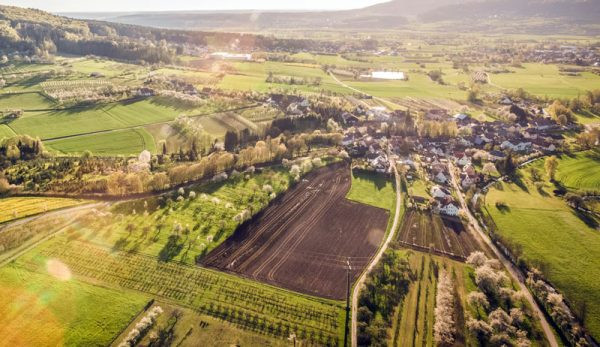 Running a small farm is challenging enough from day to day without the added headache of an annexation fight. But sometimes the nearest municipality does come knocking. There are many ways annexationâ€”being absorbed from outside the city limits into the city properâ€”might affect you.

Fortunately, whether you live on a small farm or an informal homestead on a rural lot, you do have recourse against annexation plans.

According to Jennifer Dempsey, annexation can undermine the viability of farm operations in several ways. Dempsey is director of the Farmland Information Center and she serves as Senior AdvisorÂ with American Farmland Trust.

â€śCity and town zoning codes may prohibit or limit certain agricultural uses,â€ť she says. â€śEven when existing operations are grandfathered in, they sometimes arenâ€™t permitted to expand or alter their activities.â€ť

For example, after annexation, the city might allow your farm animals to stay. However, that doesn’t necessarily mean you can replace themâ€”or add moreâ€”in the future.

Read more: Small farms need a farm plan, too, so here are some tips for getting organized.

Some cities may require annexed homeowners with septic systems to connect to sewer lines at their own expense. They may also bear responsibility for ongoing maintenance of pumping stations and other related fees.

What’s more, if the city extends services like sewer and trash pick-up to your area, this can lure would-be developers. Dempsey continues, â€śThis can drive up surrounding land values, which can make it difficult to expand an operation.â€ť

Richard Klein has helped people with annexation issues since the 1970s. He is also founder and president of Community and Environmental Defense Services.Â  â€śMost people think that the way that you win these battles is with a lawyer trying to kill it,” he says. “And that only works about five to 10 percent of the time.â€ť

Political rather than legal remedies tend to work better. â€śIt’s a lot more likely that you’ll stop a bad annexation by convincing a large number of voters who live in the annexing jurisdiction to come out against it,â€ť he says. He suggests several methods for mobilizing voters who wish to oppose flawed annexations that may negatively affect quality of life.

Read more: Keep these things in mind when you put your small farm up for sale.

Don’t Forget the Power of Petitions

â€śWith an annexation battle, the goal is to demonstrate to elected officials that there are lots of voters who live in their district who are going to look upon the elected official as being a good guy if he opposes the annexation,â€ť Klein says.

To that end, he contacts registered voters living within the targeted annexation area via first-class mail and invites them to sign a petition. (If you can’t easily obtain a registered voter list from your state, consider purchasing the list from a commercial vendor.)

â€śThis varies from state to state, but most require that at least half of the property owners must agree to annexation,â€ť he notes.

Just be sure to use a suitable petition platform. â€śA lot of people use … Change.org or iPetitions,â€ť Klein says. â€śThe trouble with those is that you can’t get the street address or phone number or email address for your petition signers. And you get a lot of people signing who don’t live in the jurisdiction.â€ť

Still, some jurisdictions require physical signatures, rather than online entries. Check the regulations in your area before you set up your own petition.

If you live in certain U.S. states, you may have more power than you think. Sixteen states have â€śagricultural district programsâ€ťâ€”a kind of farmland protection tool. (See the Farmland Information Center’s publication, Farms Under Threat: The State of the States, to learn more.)

â€śDistricts allow landowners to form special areas where agriculture is encouraged and protected,â€ť Dempsey says. â€śLimits on annexation is one provision included in district programs in California, Kentucky and Minnesota. Agricultural landowners in the other [district program states] could work with … lawmakers to expand the set of protections offered.â€ť

Perhaps the best idea? Learn all you can from your local land-use officials well before potential annexation. â€ś[Farmers and ranchers] can ask if their community and the neighboring city/municipality have up-to-date comprehensive plans,” Dempsey suggests. “Then find out which areas are planned for future growth and which are targeted for protection.â€ť

Informing yourself can strengthen your potential negotiating power. “[You] might be able to propose local measures to limit nearby municipalitiesâ€™ ability to annex land without landowner approval,â€ť Dempsey concludes.