Anvils: Not Just For Blacksmiths

I've got a wish list a mile long for shop tools and fixtures, but one thing stands out among them all … an anvil. 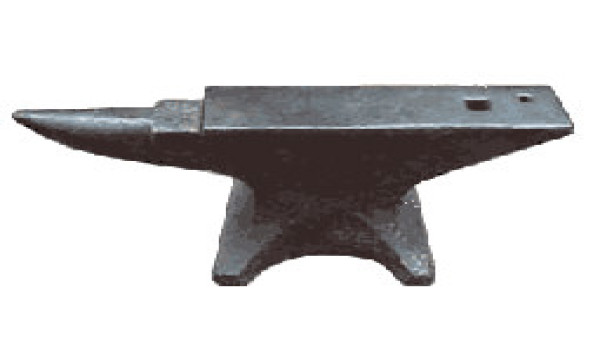 I’ve got a wish list a mile long for shop tools and fixtures, but one thing stands out among them all … an anvil. Growing up on a farm, the anvil was just there. We used it sporadically, but mostly just took it for granted. In fact, properly equipped and used, it’s an amazing tool for anyone who works with metal.

Traditionally, the anvil was a part of every blacksmith shop and most farm shops. It was where you bent and straightened metal, and made or sized horseshoes, metal rings and other metal objects needed on the farm. Today, it is more likely to gather dust in the corner … unless you know how to take advantage of its unique features.

The traditional anvil is essentially a rectangular steel or cast-iron block with a flat, smooth and hardened face. At one or both ends you will find a cone-shaped horn. Some anvils have a square horn at one end and cone shaped horn at the other. Usually at one end, often between the horn and the face is a step or pad, also referred to as the table, set at a level slightly lower than the face.

Another key feature of an anvil is the hardy hole. This square hole is used to hold special accessory tools, appropriately called hardy tools, for cutting and working metal. A final feature found on many modern anvils is a pritchel hole. It is used mainly for punching holes in metal, but may also be used as a tool holder.

For a simple tool, the anvil has much hidden complexity. Over the next two weeks, I will share some of that complexity, as well as why it sits so high on my wish list … and why I have yet to add it to my shop.

Next week—putting the anvil to work.