Georgia farmers test a new smartphone app and web portal to make it easier to donate their excess produce to food banks. 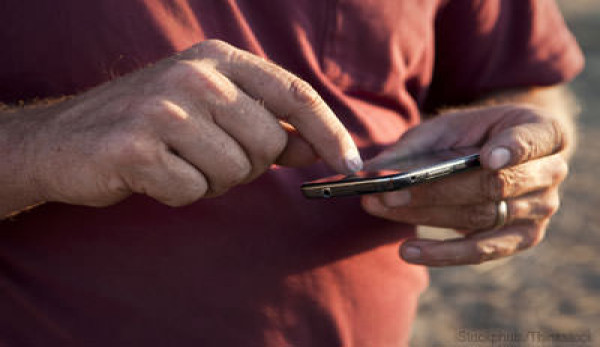 During the height of the growing season, many Georgia farmers find themselves with one truckload too many of tomatoes or peppers. Sometimes that food is given away to friends and sometimes it’s sold at a deep discount, but other times it’s just tossed into a compost bin.

This coalition is currently recruiting Georgia farmers for a Farm to Food Bank pilot program that will connect them to local food banks via technology, such as a web portal or smartphone app. Farmers will be able to use the technology to facilitate communication with local food banks that can use their excess produce.

“By using the connections in the MarketMaker system and developing new technology to streamline the process, we hope to make donating much easier for Georgia producers,â€ť said Sharon P. Kane, an economist with UGA’s Center for Agribusiness and Economic Development.

While food banks have long been a reliable source of shelf-stable staples and canned goods for families in need, it has always been a challenge to provide families with fresh fruits and vegetables, according to Danah Craft, executive director of the Georgia Food Bank Association. The Farm to Food Bank program will help provide fresh produce for food banks and their clients. It will also help farmers quantify the amount of food they have donated and its value.

“I called them and let them know what we had, and they arranged a time to pick it up,â€ť says Phil Jennings IV, co-owner of Nature Crisp vegetable farm in Soperton, Ga.

Jennings and his father, farm co-owner Phillip Jennings III, signed up to be part of the Farm to Food Bank program in mid-January at the Southeastern Fruit and Vegetable Growers Conference. They made their first donation of 300 heads ofÂ lettuce to Americaâ€™s Second Harvest of Coastal Georgia, a Savannah, Ga.-based food bank.

Nature Crisp’s donation was the first made since the Farm to Food Bank pilot kicked off a few weeks ago.

Nature Crisp grows specialty vegetables for restaurants in Savannah, Ga., and other areas of the Southeast. Most of what they grow needs to be eaten within a few days of being harvested to be at its best, and there are always perfectly good vegetables that end up going to waste.

“When we had excess produce, we would usually give it to friends and employees for their families, feed it to livestock, or simply throw it away,” Jennings says. “My father and I had talked about finding a place to donate the extra food we had on hand, and it was that same week when we were told about the program down in Savannah. Of course we loved the concept and jumped on board.”

Feeding America chose Georgia for this pilot program because of the state’s growing season and its existing network of food banks and networks of farmers.

“We were chosen because we have a long growing season and there is a state association of food banks already in place here,â€ť Craft says. “It was the combination of those two elements that led them to choose Georgia, along with the really strong agricultural community here.â€ť

Both large-scale and small-scaleÂ vegetable producers who believe theyâ€™ll have even a little excess produce to donate during the spring of 2013 are participating in the pilot program. Farmers will provide feedback about how the technology and the Farm to Food Bank program is working.