The popular, versatile Appaloosa got its start in the Pacific Northwest. 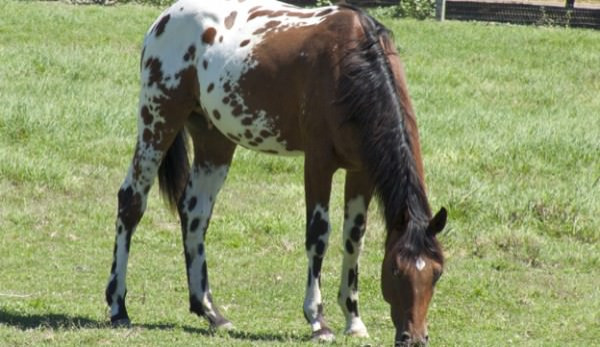 Use: Appaloosas are known for their versatility, and are used for cow work, Western showing, dressage, cross-country jumping, gymkhana and trail.

History: The colorfully marked Appaloosa horse is best known for his association with the Nez Perce tribe of the Pacific Northwest of the United States. The only tribe to selectively breed horses, the Nez Perce valued the Appaloosa for his willingness, ruggedness and spotted coat. The Nez Perce came to know the Appaloosa horse as a result of the importation of horses by the Spanish conquerors. Among the equines brought to the New World were horses with spotted patterns. Horses with these kinds of markings had been seen in Europe and Asia for centuries, and were treasured for their unique appearance. When the Nez Perce saw these spotted Spanish horses, they were drawn to their wild color. The Nez Perce were great horseman, and had been breeding their own horses for many years when the government opted to obtain land for settlers by moving tribes around the West onto reservations. In 1877, the majority of the tribe was captured and placed on a reservation. In order to make sure the Nez Perce would never be able to escape again, the soldiers were ordered to shoot the tribeâ€™s horses. Many Appaloosas were killed, although a few managed to escape into the hills. These horses, along with Appaloosas that had come into the possession of ranchers near the Nez Perceâ€™s homeland, would eventually become the foundation for a new Appaloosa breed. In 1938, the Appaloosa Horse Club (ApHC) was formed to protect and preserve the Appaloosa horse. The organization searched the country for Appaloosas, and registered a number of horses as foundation sires and dams. The breed steadily grew in popularity, and by the 1970s, was among Americaâ€™s favorite stock breeds.

Conformation: The conformation type of the Appaloosa horse varies, depending on the individual horseâ€™s breeding. Appaloosas range anywhere from 14.2 to 16 hands in height, and usually have a stock horse appearance. Appaloosas with Thoroughbred breeding are often leaner in type than those of heavy Quarter Horse breeding. The Appaloosa comes in a variety of color patterns, including snow-capped blanket, leopard, blanket with spots, varnish roan and snowflake.

Special Considerations/Notes: The pink skin of some Appaloosa horses is prone to sunburn, especially on the face. This area should be protected with sunscreen or a fly mask that blocks UV rays. Some Appaloosas are also prone to eye problems, including night blindness.