Raising fish can be a great use of your farm’s resources, but make sure you have the legal ramifications in mind. 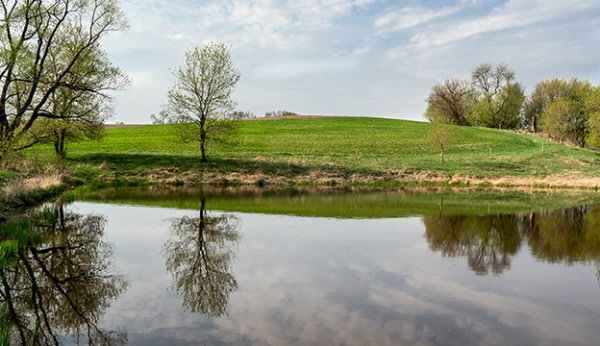 Farming. The word conjures images of deeply plowed, rich dirt and green fields. In the distance are cattle and sheep, and there by the barn is the chicken coop. It’s a lush vision—but it’s not the only vision. For ages, Asians and Europeans have also practiced aquaculture, the raising of plants and animals bound to the water rather than land. This ancient practice is turning heads again today.

In National Geographic’s June 2014 article “How to Farm a Better Fish,” Joel K. Bourne Jr. samples the varieties of aquaculture practiced in the world today. Around the globe— especially in Asia—kelp, sea cucumbers, shrimp, oysters, tilapia and cobia are being raised and promoted as environmentally and economically sound alternatives to beef, pork and chicken. According to Bourne, aquaculture can be done in tanks or in pens situated within oceans and along bodies of freshwater.

Although Bourne advertises the benefits of aquaculture, he also raises awareness of certain detriments. The use of tanks creates new environmental issues, and the seafood that is imported from other countries often is not raised to the strict standards Americans appreciate.

American agribusiness entrepreneurs may find aquaculture an attractive option, especially for those seeking to save the family tobacco farm through re-purposing the land. It’s patriotic, environmentally commendable and profitable—if you have the skill and a few legal tips to help.

When a person considers the need for private parties to share public spaces, like the bottom of a river, there is a case to be made that organization can prevent fighting over prime spots that belong to all and to no one. Also, when one considers that polluted seafood can poison the public, and that contagion can spread between wild and domesticated creatures, harming the fisheries, there is a stronger case to support public oversight of aquaculture.

My home state of Virginia, for example, encourages its residents to raise shellfish in the Chesapeake Bay area to both revitalize the seafood industry and create colonies of natural water filters. Aquaculture, because it is a combination of livestock and environmental use, is mentioned in several places in the Code of Virginia, with further details in the Virginia Administrative Code. Therefore, if you perform your own legal research, be circumspect; don’t expect that like beekeeping, you only need to look in one spot for applicable law. (Always consider whether you need the advice of an attorney to assist you, and never rely on articles such as this to be personal legal advice for your situation.)

State and federal regulators are available to help, and Virginia is no exception. The Virginia Marine Resources Commission has an easily accessible website helping farmers to get a handle on rights and responsibilities. In addition to laying out the different kinds of permits needed (including for non-commercial production), it refers you to other agencies with jurisdiction over aquaculture, such as the Virginia Department of Health, Department of Environmental Quality, and Department of Game and Inland Fisheries. It also references non-governmental sources of assistance.

The National Marine Fisheries Service has a handy chart to guide you in contacting the appropriate federal and state authorities. Use it as a guide to point you in the right direction as you diligently seek out all authorities that have a stake in your aquaculture project.

As an farm-business entrepreneur, you’re raising a product with the hope of profit. If you’re not careful bringing your product to market, you may suffer diminished returns and even losses. This is where prudent contracting comes in. Should you start selling on a scale outside of your typical farmers market, such as to restaurants or wholesale, you want your contracts with customers to be as clear as possible so both parties understand their responsibilities and rewards, to avoid litigation, court interpretation and use of state statute when language is unclear.

Aquacultural entrepreneurs are few in the U.S., so American producers may ship far and wide. What happens when a producer in Virginia has a dispute with a buyer in North Carolina or New York? Two points suggest themselves. First, include in the contract an arbitration or mediation clause, which requires any dispute to be first presented to a mediator or arbitrator (this may be cheaper than a lawsuit). Second, agree on which state’s laws would apply in the event a case went to trial. I suggest the state of the producer.

Remember that your product must be raised according to standards suitable for public consumption and any other standards which your customer is relying on you to provide. Your buyer’s reputation is partly dependent on you.

Aquaculture is a very diverse and fertile area for experimentation and profit. No small article can do it justice. Hopefully, this article pushed you in the right direction to begin your research into whether commercial aquaculture would be beneficial to your small farm.

Anthony Rago was educated at Liberty University School of Law and is an associate member of the Virginia State Bar. He resides in the Hampton Roads area of Virginia, where he enjoys gardening, crabbing and tinkering in his garage.