Get an intro to aquaculture farming and see if raising fish is the farming venture for you. 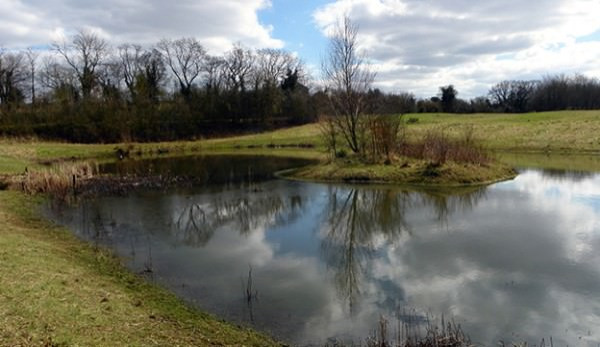 Eating more fish has become more popular in recent decades, but aquaculture farmingâ€”or the production of fish and other crops that thrive in waterâ€”has been around for centuries:

Yet here in North America aquaculture is a relatively young industry.

In contrast to more common agricultural ventures, many see the rise of aquaculture as a contemporary phenomenon. Much of the watersÂ forÂ aquacultureÂ farmingÂ are yet uncharted!

Facing the Challenges of Aquaculture

Compared to other more traditional crops, the investment returns can be much higher on a per acre basis.

Additionally, most aqua-crops will only require a growing period of three to four months reducing the period when cash flow might be an issue.

Finding Knowledgeable Assistance
One of the major drawbacks of working in aquaculture is that the knowledge base is much smaller than that of crops that are more traditional. Itâ€™s hard when problems arise to find others with the expertise to help.

But by far the biggest problem for this young industry, certainly for the small farmer, is the lack of market structure.

Most producers have to deal one on one with marketing their own product, all the time working against the clock with a highly perishable commodity that, like fruit, has a very short shelf life.

Threats to Your Stock

Aquaculture probably has the best potential for relieving the pressure on threatened wild populations and allowing the conservation efforts on those populations to succeed.

Aquacultureâ€™s ecological footprint is pretty small. Everything has its consequences but compared to wild fisheries, aquaculture is a very low impact enterprise.

A huge issue with wild catch is the â€ścatchâ€ť. Dolphins are caught in the tuna nets, turtles hauled in with the shrimp, and for every pound of fish caught in the wild, at least five to ten pounds of other fish perish.

Portrait of an Aquaculture Farmer

One farmer talks about farming shrimp and one crisis moment

Nat Henton has been a freshwater shrimp farmer for over 12 years.

He started at the age of 17 on the insistence of his grandfather who– concerned that he was going to turn into a neâ€™er-do-well teenager–managed to get him interested in the aquaculture program at Kentucky State University.

â€śSome years we make money, some years we donâ€™t,â€ť says Nat, who in addition to farming, is a sous-chef at a local gourmet market that specializes in locally sourced foods.

One year Nat recalls the Ph balance of the pond getting â€śout of wack,â€ť causing a critical deficiency of oxygen in the water.

â€śThis was an emergency situation and we had to act to fast,â€ť he says.

The solution? Faced with the possibility of loosing his entire crop Nat says, â€śWe didnâ€™t know what to do so we just ran out to the nearest grocery store and bought 200 lbs of sugar, dumped it in the pond and miraculously thatÂ  fixed the balance.â€ť

Nat readily admits that heâ€™s not going to get rich shrimp farming, but that he has found a niche market he loves.

Working in the restaurant world has provided him with an immediate market and there is nothing he enjoys more than taking his young daughter with him strolling down to the pond in the early morning or late afternoon to check on his crop and feed the shrimp.

Authorâ€™s Note: My sincere thanks to Nat Henton and Dr Jim Tidwell of Kentucky State, Professor/Chair of Division of Aquaculture for taking the time to share their knowledge, enthusiasm and love of aquaculture.Â