There’s no reason to fear harmless barn spider—in fact, it can be a great asset to any barn, shed or sheltered space on your farm. 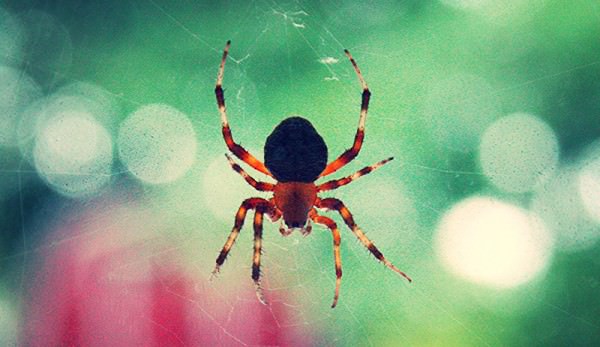 Barn spiders (Araneus cavaticus) are a beneficial species of arachnids commonly found in eastern North America and do not pose any threat to humans or domestic animals. Many readers may be familiar with the barn spider from the popular children’s book Charlotte’s Web by E. B. White. The eponymous Charlotte is a barn spider that White cleverly named Charlotte A. Cavaticus, a play on the barn spider’s taxonomic designation. Like the fictional character, barn spiders are a helpful species to have around the farm.

The barn spider is a member of the family Araneidae, better known as orb-weaving spiders, which have nearly 200 species in North America alone. Orb weavers produce flat, rounded, orb-shaped webs made of both sticky silk threads used to capture their prey and less sticky silk used to support the web structure.

Barn spiders are grayish-colored orb weavers that feature a rounded abdomen with several small humps towards the front of the creature. It should be noted that coloration among this species is not static and varies quite a bit between individual spiders. The legs of this particular orb weaver are banded with interspersed gray and dark coloration. From the abdomen to the legs and the head, the entire body of the barn spider is hairy.

Barn spiders exhibit a high degree of sexual dimorphism in body size, with the female spiders being significantly larger than the males of the same species. Males will reach between 6 and 10 millimeters in size and adult females will typically fall between 12 and 16 millimeters (commonly around 3/4 inch). The smaller male barn spiders do not tend to spin webs and typically will spend most of their lives wandering, attempting to find a female to mate with. This means that most barns spiders you see in webs will tend to be the larger females.

Barn spiders are nocturnal creatures. Webs are freshly constructed every night (or every few nights) and are then recycled to conserve the valuable silk. The webs of barn spiders can be quite large, reaching several feet across and are even larger when the support threads are included in the measurements. During the evening hours, the barn spiders will patiently man their nests, eagerly waiting for insects to become entrapped in their webs. During the daytime, this reclusive and well-camouflaged orb weaver will hide in a deep crack or crevice near their web to avoid predation by birds and other spider-eating species.

As the name suggests, the barn spider is often found living within and around outdoor agricultural structures, like barns and sheds. While barns are popular habitats for this orb weaver, any number of outbuildings, porches, decks or other protected areas, such as bridges, can support barn spider populations. In natural environments, the barn orb weaver will tend to gravitate to sheltered rock overhangs or cliffs. These sheltered spaces would have been the original habitat of barn spiders long before the introduction of European construction in North America.

The range of barn spiders covers the eastern third of North America all the way from Canada down to Texas. There are also several related orb weaver spiders with slightly different features and colorations (Araneus illaudatus, Araneus gemmoides, and Neoscona crucifera) that fill a similar habitat niche in western and central North America, though most of these spiders are not commonly referred to as barn spiders.

Barn spiders, like most orb weavers, are known for their poor sense of vision and hunt their captured prey by the vibrations of their webs. When flying or jumping insects land in the barn spider’s web, the spider will hurry over and wrap the insect in a silk cocoon for feeding. Once the prey dies, the spider will begin chewing and liquefying the body with digestive fluids to allow for consumption.

The enclosed habitat of barn spiders tends to dictate their prey. Common prey species for these orb weavers include:

As a beneficial spider species that helps to eliminate many noisome flying insects, like mosquitoes and flies, barn spiders are a spider species you should thank rather than attempt to control. Barn spiders are shy, reclusive and not aggressive in their demeanor. They will only bite humans when overtly threatened or when an ill-advised human tries handled the spider directly. If barn spiders are interfering with your work or daily routines you can contact a pest control company, but this should be a last resort, as these helpful spiders do not pose any real threat to humans or livestock who might enter their preferred environments.

Barn spider bites may cause some irritation and redness at the localized site of bite. Bites from these orb weavers have been compared to a bee sting at the worst. Because the bite of a barn spider is not toxic to humans, it should be cleaned and treated like a common insect bite and does not require any specialized care. If you experience severe pain, cramping or a growing ulceration at the site of the spider bite, consult a physician immediately, as you may have been bitten by a poisonous spider species rather than a barn spider.

4 Measurements To Know When Choosing A Hitch Ball