Are GMOs in Your Food? Vermont Will Tell You

I have traveled all over the world, yet I have never been to Vermont. I hate that I have to say that, but it's true. Someday I will get there, and when I do, I would like to do some grocery shopping. 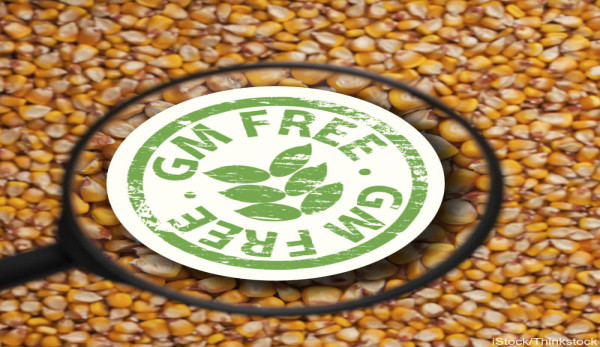 I have traveled all over the world, yet I have never been to Vermont. I hate that I have to say that, but it’s true. Someday I will get there, and when I do, I would like to do some grocery shopping.

The Vermont Right to Know bill doesn’t take effect until July 2016, but this is a huge step for those of us engaged in the sustainable-foods movement and food-system discussion. Iâ€™m pro-GM-food labeling. I don’t care if you want to eat GM foods, but as a sustainable farmer and a sustainability-minded consumer, I don’t want to eat them. (My reasoning is broad and would require an entire other blog entry.) The passage of this bill gives Vermont residents an answer to the simple question: Is the corn in these tortilla chips GM?

In aÂ press release from Shumlin’s office: “‘Vermonters take our food and how it is produced seriously, and we believe we have a right to know whatâ€™s in the food we buy,’ Gov. Shumlin told the crowd gathered on the State House lawn for the signing event. ‘I am proud that weâ€™re leading the way in the United States to require labeling of genetically engineered food. More than 60 countries have already restricted or labeled these foods, and now one stateâ€”Vermontâ€”will also ensure that we know whatâ€™s in the food we buy and serve our families.’â€ť

Not everyone is as excited about this bill as I am. Opponents to GMO-labeling bills say mandatory labels will increase the cost of food because fewer people will want to purchase foods with GM ingredients and because the cost of changing packaging will be significant. Another concern is that consumers cannot make an informed purchasing decision because they are, in general, not educated enough about GM crops, their environmental and economic impact on communities and farmers, and the ongoing research into health implications or safety. I say what better opportunity to blow open a mainstream avenue for a frank discussion about our food system?! If these GMO supporters have nothing to hide, then they can man up and proudly educate consumers about the GM foods they produce.

While Vermont is just one state making this vital piece of food-literacy information public, the bill has the potential to create a dominoes effect. (Already, California and Washington have failed to pass such bills, but consumer awareness has been raised there.)Â Whole Foods was the first national grocery store to pledge to label all GM foods sold in their stores by 2018. This statewide GM-labeling bill gives consumers more options, because not everyone lives or works within a 30-minute drive of Whole Foods (myself included), after all.

For the Rest of Us
Your state might already have a GMO-labeling bill pending. TheÂ Right to Know GMO coalition keeps tabs on what’s happening across the U.S. Click on your state to see where your legislature stands. The website also makes it easy for you to contact your legislators and voice your opinion about GMO labeling.

Leveling with legislators in person carries more weight than simply contacting them via an Internet form, of course, so now comes the time to put the results of last week’sÂ pop quiz to work. Pick up the phone and dial your state contactsâ€”this is not as scary as it seems. You’ll likely reach voicemail or an intern who gets paid to be friendly. You are your representatives’ boss, after all! Tell your representatives why your stance on GMO labeling is important to you and your family. This is one subject that affects every person who eats food!

Read more about GM food and labeling on HobbyFarms.com: