Are Turkeys Right For My Farm?

If you’re dreaming of the honor of putting the Thanksgiving turkey on many family’s tables, make sure you have what it takes to raise a big, beautiful flock. 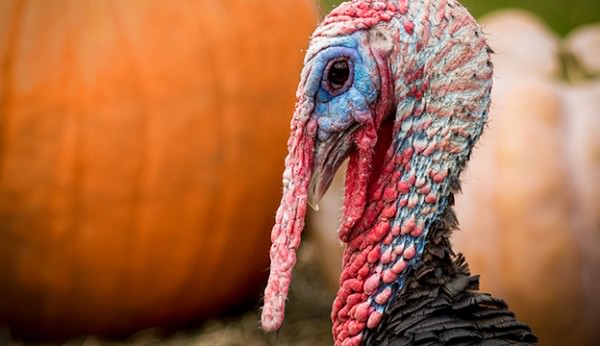 Each year in November, some 46 million turkeys are sold and consumed, with an increasing number of those coming from local farmers. With more demand for locally raised turkeys comes the need for more supply. But even knowing this and thinking you’d like to get in on that growth, it’s important to ask yourself, “Are turkeys a good fit for me and my farm?” Turkeys, like most livestock, take a certain personality to raise and a certain kind of situation to make them worthwhile.


Where Is Your Closest Poultry Processor?

Many factors contribute to determining a reasonable distance to a processor, but my advice would be to keep travel time to under four hours, unless you’re raising enough birds for a longer drive to make economic sense. Perhaps, you grow your own grain or hatch your own birds, in which case the cost of gas for a longer drive could be worth it to you. However, you’ll want to figure in more than just gas money: Also consider your available time and the comfort of your birds—thus the quality of the finished product. Overall, take a look at your bottom line and decide what makes sense for you.

That being said, your state’s laws might allow you to process a certain number of turnkeys at your own farm. You may even be able to convince the people buying the birds to come help!

How Is Local Demand For Turkey?

No matter what you want to grow or raise, always gauge the market and do a little research. Ask farmers market vendors in your area if anyone is raising turkeys, and if so, how many. Also see if anyone is selling turkey breast throughout the season because this is one area that may be underutilized at most markets. Turkey doesn’t have to be just for Thanksgiving––people love turkey sandwiches throughout the year, and Easter and Christmas are also surprisingly large turkey holidays. Out of season turkey may be just as profitable as in season if done smartly. It may just take a little more work to sell and store, but there is certainly a market for it.

Do You Want To Raise Heritage Or Broad-Breasted Breeds?

Although the broad-breasted turkeys and heritage-breed turkeys look relatively similar, they’re quite different to raise. For starters, heritage breeds are smaller, wilder and slower-growing. Breeds like the Bourbon Red or Narraganset, for instance, can take up to a year to fully develop into a 10- to 16-pound bird, whereas the broad-breasted may take only six to eight months—or even less—to turn into a 15- to 25-pound bird.

Heritage turkeys like to fly and roost in trees or on houses. You’ll hear many stories of farmers’ heritage-breed turkeys flying off the week before Thanksgiving, as if intuiting their demise.

Heritage birds also require a more savvy customer because they need a little more attention to roast. On the flip-side, they’re often thought to taste better and are generally healthier throughout their rearing.

If quick turnover is what you and your farm need, go broad-breasted, but if you want to fill a niche and are up for an adventure, consider a heritage breed.

Do You Want To Hatch Your Own Turkeys?

Like with raising chickens, you can order turkey chicks from a hatchery—this is the option usually preferred by farmers. There are many great hatcheries, so decide what turkey breed you want to raise and find the closest hatchery to you. Order heritage breed chicks as early in the spring as possible—possibly even in the winter for heritage breeds—to ensure you have time to raise them to maturity by Thanksgiving. Wait until June to order broad-breasted turkeys for a November harvest—any sooner, and you’ll have massive birds that no customer can cook.

If you decide to hatch your own, you will need a good incubator—if this is going to be an income stream for you, buy a nice one. You want your hatch rate to be at a high enough percentage that you’re not having to set 40 percent more eggs to get the number of birds you want.

How Will You Brood The Poults?

You will hear it time and again that turkeys spend the first six months of their lives doing everything in their power to kill themselves. After that, it’s everything else that’s trying to kill them. Indeed, as the adage warns, they can be difficult.

Turkeys will be kept inside in a brooder for at least a couple weeks before they’re hardy enough to head outside. Provide soft, dry bedding and free-choice food and water. Because they can’t self-regulate their body temperature at first, set the temperature of your brooder to 90 to 100 degrees F for the first week of their lives, slowly tapering off each day after that but no more than 5 degrees F per week. Once the turkey poults have their true feathers, you can begin to move them outside on grass into a small—preferably mobile—brooder.

How Will You Fence Them In?

Broad-breasted turkeys tend to be rather friendly and curious, and will not likely fly at all, so keeping them contained is easier than the heritage breeds, which can fly like a wild turkey. For heritage turkeys, either build fortified mobile units or accept that they’ll roost in your trees throughout the summer.

Habituating them to food is the best way to ensure their return—every time you feed them, even as chicks, use a call, such as “Turkey turkey turkey” or “Dinner dinner dinner.” It doesn’t matter what it is, as long as it’s consistent—it’s a Pavlovian response, and they’ll associate your call with food.

As for the fencing itself, electric fencing works best to keep turkeys in and predators out. A mobile covered coop and mobile electric fencing in a rotational grazing system can produce very high rates of success. Get all of this ready before the turkeys arrive. Fencing them in or building their coops on the fly can be more stressful than you might imagine—these birds grow fast.

Do You Already Raise Chickens?

This is an important question because chickens and turkeys share a dangerous disease: blackhead. Blackhead is massively devastating to turkeys—the first sign that you have it is mass death. It lives in the soil and can stay there for three or more years. Turkeys are most vulnerable to blackhead during their first few months. After that, it should be okay to have them on ground where chickens have been, so long as neither the turkeys nor chickens are concentrated there.

How Will You Obtain Feed?

Turkeys might only live for six to 10 months, but they eat a lot of food in that time—especially the broad-breasted turkeys—so factor in the cost and time required to transport feed. If you’re driving two hours every few weeks to buy a couple tons of grain, that gas and time will add up. This is also why it’s nice to rotate turkeys on pasture, so the grass and bugs will reduce some of your feed costs.

Does Your Farm Have Pasture?

Arguably, the best way to raise turkeys is rotated on pasture or just grass, preferably behind some larger livestock. Find areas of pasture where there’s smooth ground on which to drag a mobile coop and your electric netting, which I would recommend for efficiency and pliability. You can raise turkeys in the woods, but mobile fencing can be a nightmare, so permanent or semi-permanent fencing may be necessary in that situation.

All animals need water, and turkeys will go through it fast. My rule of thumb for turkeys is to fill at least at least one 5-gallon waterer per day for every 10 birds. (Ideally, this waterer would have a float valve system so it’s always full.) Multiply that by the number of turkeys you plan to raise, and you’ll realize how big a task it will be to haul water. Think about how you can easily get water out to your pastures and the time you’ll spend replenishing their supply. If you raise a few hundred turkeys, it might be worth investing in an easy and mobile watering system than a bunch of small waterers. As Turkey Day approaches, you might be swayed more than ever that this is the year to add a turkey operation to your farm. If you’re able to answer this questions with satisfaction, then you may be well on your way to a new and exciting venture.