Consider Artificial Insemination for Your Livestock

Ever wonder whether artificial insemination is right for your farm? Learn more about advances in this reproductive technology. 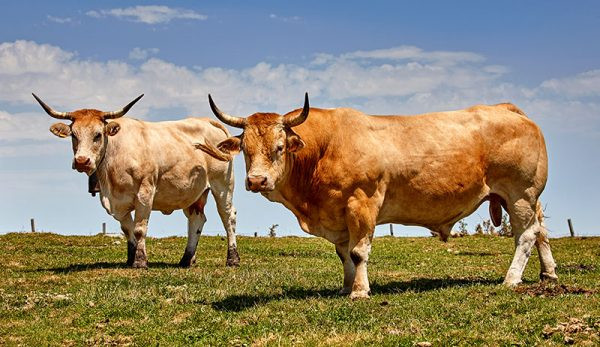 That a small farm can purchase and use semen from a genetically superior male animal that might live thousands of miles away is, without exaggeration, a marvel of physiologic technology. The impact that artificial insemination has made on genetic improvement within the dairy industry is immense, and other species have benefited as well. Let’s take a closer look at this technology and whether you might consider it for your farm.

Artificial insemination, or AI, has been around for the past century; some of the earliest work was done in Russia in the 1920s with horses. A significant advance in technology happened during the 1940s, but it wasn’t until the 1980s that AI really took off in the dairy industry. Why dairy? There are two general reasons: economics and logistics. If a bull is known for producing daughters that give high milk yields, semen from this bull can be collected, shipped and used on many more cows than would be possible directly from the bull alone. Cows on a dairy can be easily handled for AI because in such a setting, cows are handled every day with decent facilities. Compare this with beef production, where cows are out grazing pasture and rarely brought into a barn.

AI in dairy cattle is so commercial now that farmers merely visit one of the large sire companies online (Select Sires among them), look through the catalog and choose a bull that meets their price range and genetic goals. The names of some of these sires can be pretty amusing; I get a kick out of Swagger, Hotshot and Corvette.

Because of the practice’s extended use in dairy, the cattle industry has made huge strides using artificial insemination. One interesting technological development in the AI industry is the concept of sexing semen. Sperm can be differentiated depending on whether each cell carries the X (female) or Y (male) chromosome and split accordingly. Some farmers want to increasing heifer numbers with the herd for future breeding, so choosing female-producing semen makes sense for their plans. However, using this technology comes at a price, as sexed semen typically has lower conception rates.

As with many things, there is a trade-off when using AI. As a general rule, conception rates with AI are lower compared with natural service conception rates. If you start messing around too much, like with sexing semen as mentioned above or even just freezing it for extended storage, conception rates decrease even further. In certain species, such as swine, the physiology of the semen is so different that some of these technologies can’t even be used; frozen swine semen can’t survive, so freezing for this species is not done.

Other than swine and cattle, AI is used in other species including horses, sheep, goats, dogs, rabbits and poultry, as well as in some endangered species. However, for some specific breeds and competitions, AI is not allowed. Perhaps one of the best-known and argued examples of this is The Jockey Club. For a Thoroughbred to be eligible for Jockey Club papers, it must be born from live cover, not AI.

When considering whether AI is right for your farm, think about what your breeding goals are in conjunction with your budget. If it is easier and cheaper to borrow a neighbor’s bull (or ram or boar) then AI might not be for you. But if you want to improve your farm’s genetics without the stress and challenges of handling a bull, perhaps increase the number of females born, and have the facilities for clean and safe handling, you might take this tool into consideration.