Asian Longhorned Ticks: What You Can Do

Asian longhorned ticks have made a home for themselves in the U.S. Here are some tick-prevention tips to keep the parasites at bay. 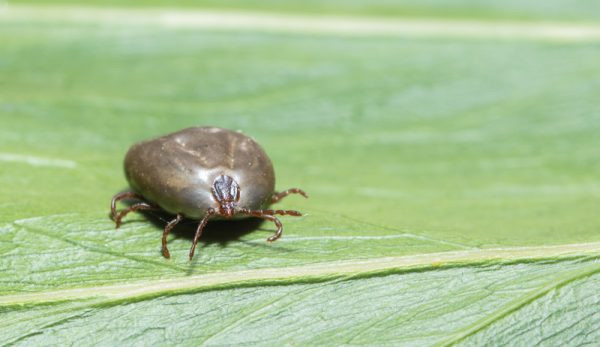 Although blacklegged ticks and deer ticks might latch onto farm dogs, increasing the risk of developing Lyme disease, livestock are almost immune to the debilitating disease. But that doesn’t mean farmers shouldn’t be concerned about ticks.

â€śIn livestock, with the exception of horses, Lyme disease is not really an issue. We donâ€™t have any evidence that sheep or goats are affected and little convincing evidence that cattle can get Lyme disease,â€ť says Haley Springer D.V.M., extension veterinarian for Penn State University.

The Asian longhorned tick (Haema-physalis longicornis) was first discovered in New Jersey. The infested sheep had 27 adult ticks, 39 nymphs and 156 larva attached to its body.

Like other ticks, the new invasive species burrows its mouthparts into its hosts and feeds on their blood, transmitting viral, bacterial and parasitic diseases. Severe infestations can cause anemia, reduce milk production and even cause death.

â€śEven with more moderate levels of these ticks, we can see production losses,â€ť Springer says.

Since Asian longhorned ticks were first identified, they have spread to 12 states:

The female insects can reproduce without males. Thus, populations can quickly explode.

In 2019, the University of Tennessee Institute of Agriculture received a $150,000 grant to research the Asian longhorned tick and identify strategies to help farmers protect their livestock. In the meantime, Springer notes, preventing infestations is essential.

Conduct regular tick checks on your herd animals. Remove any ticks and send suspicious species to your local extension office for identification.

All species of ticks, including the Asian longhorned tick, make their homes in tall brush.

Springer recommends trimming brush around the fence line and creating a 9-foot-wide swath around the perimeter to minimize the chance of livestock coming in contact with ticks.

â€śThereâ€™re a lot of things you can do from a pasture management standpoint that can help reduce the presence of ticks. And not letting the pastures grow up superhigh is important,â€ť Springer says.

Your four-legged lawnmowers should help, but mow on a regular basis if the grasses grow up faster than goats, sheep and cattle can keep them trimmed.

Keeping a flock of chickens or guinea fowl in the pasture can help keep tick populations in check. The birds will devour adult ticks (but not nymphs).

Their presence can help in the battle against the Asian longhorned tick.

Talk to Your Vet

Conventional tick treatments such as acaricides, dips, pour-on products and powders are ineffective against the Asian longhorned tick.

To date, the U.S. Food and Drug Administration hasnâ€™t approved a chemical control for this tick and, unlike topical controls available for dogs and cats, no products are labeled for livestock use.

â€śA conversation with the veterinarian can certainly help identify which products will be best for the ticks in your area,â€ť Springer says.

â€śBut remember, with ticks itâ€™s not all about chemical control. You have to look at your pastures and environment to prevent issues with your livestock.â€ť