Martok the goat gives you the lowdown on a mysterious disease that’s wiping out American bat populations. 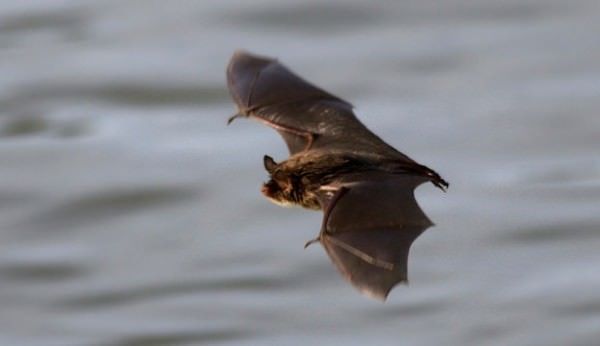 Q: Regarding white-nose syndrome in bats, should I be checking my bat boxes this year for little white noses? And why can’t they be sprayed with a diluted sulphur lime solution like is done for other animals with fungal conditions, such as mange? It seems to me the sick ones should be quarantined and treated, not left to die and infect the rest. We need bats for pollination and pest control!

A: What a good question! My best friend, Uzzi, and I like the bats that flutter and swoop above our run on summer evenings. Bats catch a lot of bugs, and they’re cute. So we were upset to learn they’re threatened by a serious disease, like white-nose syndrome. We did some online research, and here’s what we learned.

White-nose syndrome was discovered in February 2006 among bats hibernating in a cave near Albany, N.Y. Forty-five species of bats occur in the United States and Canada, and of them, 25 hibernate through the winter while insect meals are unavailable. Of these, four are endangered and 13 more are federal species of concern. All hibernating bats are at risk from white-nose syndrome.

According to the U.S. Fish and Wildlife Service, as of Jan. 17, 2012, an estimated 5.7 to 6.7 million bats died from white-nose syndrome in 16 states and four Canadian provinces. The scariest part is that most bats only give birth to a single baby each year, so even if a cure is found, it will be a long time before populations recover.

The caves and mines where bats congregate to hibernate are called hibernacula. In hibernation, bats’ metabolisms slow and their bodies stabilize at just a few degrees above air temperature. This enables the bats to burn very little body fat throughout the winter; however, they do emerge from hibernation a few times each winter to drink, urinate and mate.

White-nose syndrome is caused by a previously unknown species of fungus called Geomyces destructans. It thrives in cold, humid conditions (like caves) and grows on the muzzles, ears and wing membranes of hibernating bats. It also causes infected bats to emerge from hibernation many more times than usual, depleting their body fat, which leads to death. There is currently no way to prevent Geomyces destructans infection or to treat it, but according to the FWS, there are some things you can do to help:

1. Stay out of caves and mines where bats are known or suspected to hibernate.
While transmission is usually from bat to bat, there have been suspicious jumps between infected bats over longer distances than they’re likely to travel. Most of these sites are frequented by humans.

2. Report unusual bat behavior to your state conservation agency.
If you see strange activities, such as bats flying during daylight hours or roosting on the outside of structures when they should be hibernating, let the bat experts at your local conservation agency know.

3. Do your best to help uninfected bats survive.
Build bat houses and minimize disturbance to bat habitats around your home. If there are bats in your home and you don’t want them there, don’t kill them; call your local conservation agency for help instead.

About the Author: Ozark Jewels General Martok, who describes himself as “a really studly Nubian buck,” lives with his family and friends on a small farm in the Arkansas Ozarks. Read his blog “Mondays with Martok” for a peek at their daily animal activities.

Have an animal-related question? Send it to Martok at hobbyfarms@bowtieinc.com and include “Ask Martok” in the subject.