Photo by Kristie Deptula Carver Garden, in East Harlem, N.Y., proves that, despite hardships and with a little help from the city, a community can come together and make something beautiful. The Trust for Public Land, a national nonprofit land-conservation organization, has given the deeds to 32 of 69 community-garden properties over to Bronx Land […] 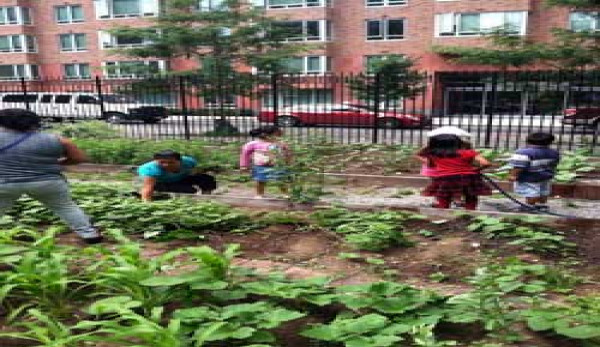 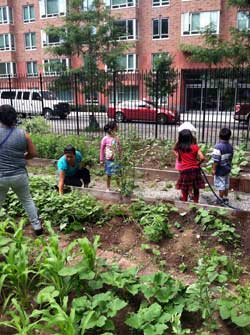 Carver Garden, in East Harlem, N.Y., proves that, despite hardships and with a little help from the city, a community can come together and make something beautiful.

The Trust for Public Land, a national nonprofit land-conservation organization, has given the deeds to 32 of 69 community-garden properties over to Bronx Land Trust and Manhattan Land Trust. Sixty-two of these properties were on the city auction block (the other five were donated by the city and two more were purchased by TPL) until TPL purchased them for $3 million.

These community gardens are seen as a necessity because, according to New Yorkers for Parks, most city dwellers live more than 10 minutes from any public green space.

â€śWe are thrilled to take the long-anticipated step of putting the garden lands into the hands of the people they serve,â€ť says Andy Stone, director of The Trust for Public Landâ€™s Parks for People â€“ New York City program, â€śFor many neighborhoods, these compact spaces splash color and breathe fresh air into crowded neighborhoods throughout the city, and give hundreds of families places to play, dig in the dirt and grow fresh food.â€ť

Local gardeners worked with TDL to create three nonprofit organizations to own and manage their own gardens: Bronx and Manhattan Land Trusts and the Brooklyn-Queens Land Trust. Together, these three groups will look over more community gardens than any private nonprofit in the U.S.

One of these gardens, the Carver Garden, located near the Triborough Bridge on 124th Street in East Harlem, rose above what used to be a community deep in the center of a crack epidemic. This community garden has overcome other serious obstacles, including near demolition and a rat infestation, but is now the epitome of what a community garden can be.

A diverse group of people use the garden not only to grow food, but also to gather and communicate with different folks. Groups such as Pathways to Housing, an organization that helps the homeless find permanent housing, help the less fortunate build their lives back together and learn to eat healthier while doing so.

Another group, United, Yes We Can (http://unidossisepuede.org), which was founded by Yolanda Govara, a Guatemalan immigrant, currently works with 10 local families to teach them how to grow the familiesâ€™ native Guatemalan foods. Many foods grown here are native to the localsâ€™ abundance of different cultures because theyâ€™re so difficult to find in the grocery store. The garden teems with pimientos, different peppers, various breeds of tomatoes and other produce.

â€śGardeners who removed debris from trash-strewn lots to create gardens â€” and then worked so passionately to save them â€” will now be able to own them,â€ť says Erica Packard, executive director of the Bronx and Manhattan Land Trusts. â€śWe are achieving a level of self-determination all too rare in low-income neighborhoods across the country. This is a very exciting time for us.â€ť