I'll be busy cleaning up the garden soon enough, but in the meantime, my family and I have been enjoying the last few ripe tomatoes and peppers. 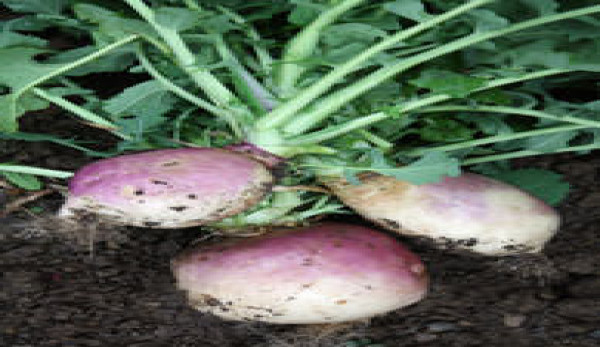 I’ll be busy cleaning up the garden soon enough, but in the meantime, my family and I have been enjoying the last few ripeô tomatoes and peppers. Theô basil has survived some recent cool evenings thanks to a blanket of row cover.

I still have lots of carrots and beets in the garden, and I suspect we won’t be eating them all before the garden getsô put to bed for the season. So I’m heading to the feed store for a few bales of straw. In previous years, I found that if I layer 4 to 6 inches of loose straw over my root crops, I’m able to continue harvesting well into the winter.

Two years ago I was picking turnips in February because they were snug under their straw blanket.ô  The carrots are the most frost-sensitive of all the root crops I grow, so they usually turn to mush by the middle of January if I don’t harvest them. But the beets, turnips, celeriac and parsnips can continue to be harvested until they are all eaten, often sometime in February. I simply lift up the straw, dig out what I need and then put the straw right back on.

And thanks to Niki Jabbour, a garden writer friend in Halifax, Nova Scotia, and author of The Year-Round Vegetable Gardener (Storey Publishing, 2011), I sowed a bunch of late-season lettuce, tat soi (an awesome cold-hardy green) and spinach and have those seedlings snug under a double layer of row cover. I’m shooting to have fresh salads through most of the winter if I play my cards right. Actually, it seems that I’m not really going to be putting my garden to bed at all this yearãinstead I’ll keep it going as long as possible. How about you?