Avoid Downy Mildew In Your Garden

A foe to crops from cucumbers to broccoli, this disease can be prevented with a few simple garden strategies. 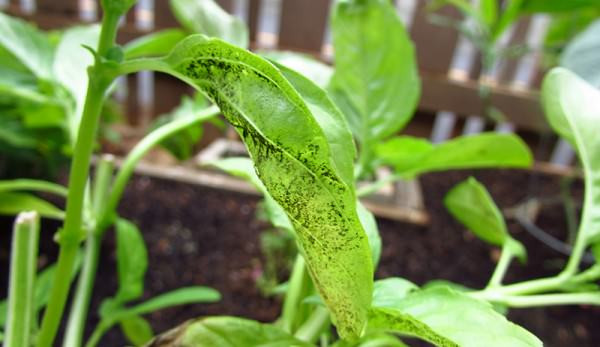 What Is Downy Mildew?

Downy mildew is not a single pathogen but a group related pathogens that each impact a number of crops from grapes to watermelon. Some of the most common plants to be infested are the cucurbits (cucumbers, melons and squash), as well as crucifers (cabbage, broccoli and Brussels sprouts). Certain regions of the country are more susceptible to downy mildew, especially environmental zones that tend to have cool and damp conditions in the spring and early summer growing seasons.

There are no surefire organic treatments for downy mildew. The best strategy for dealing with downy mildew is preventing the conditions that foster its growth to begin with. The most important preventive strategy is proper plant spacing to prevent overcrowding. Plants that are too close together donâ€™t allow for necessary airflow around individual plants, which will lead to the buildup of relative humidity that is conducive for downy mildew. The second aspect of downy mildew prevention is changing your watering practices: Avoid top-down irrigation, instead watering the base of the plants to minimize the amount of water on the leaves. Also avoid watering in the evenings, as plants will not have a chance to dry out before the cool night conditions set in.

Plants infected with downy mildew should be cleared out of the garden and burnt or thrown away in your municipal waste collection. Do not compost these plants, as most home composters will not reach the temperature necessary to destroy the downy mildew pathogens.

If downy mildew is a regular issue in your garden, trying searching for plant cultivars with a listed resistance to this destructive pathogen.