Ensure you go home from the feed store with the chicks you want by doing your research first. 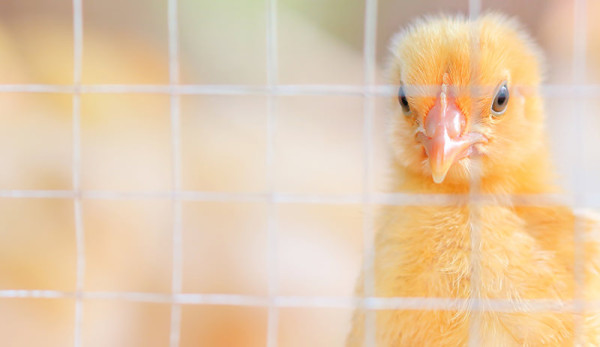 Barb‚Äôs distress was clearly palpable in her email. ‚ÄúSomething‚Äôs wrong with my chickens,‚Äù she‚Äôd written. ‚ÄúCan you come take a look?‚Äù New to the world of backyard poultry-keeping, Barb had enthusiastically shopped for the perfect coop. She‚Äôd dutifully applied for her chicken-owner permit and had courteously let her immediate neighbors know she’d be rearing four hens, promising them all eggs when her birds began to lay. She‚Äôd practically crowed with joy upon bringing her quartet of chicks home from the feed store.

She was anything but joyous when I showed up a half hour later. ‚ÄúI thought that the warmer weather was affecting them, making them drowsy,‚Äù she worriedly expressed as she led me to her coop. ‚ÄúBut these last few days, they‚Äôre barely moving at all. Are they OK?‚Äù

Yes, Barb’s beloved birds were OK, but not in the sense that she hoped. These immense, practically immobile white birds were never going to produce eggs, much less live much longer. She had brought home four Cornish Cross chicks.

Barb was furious when I explained her birds‚Äô impending fate. ‚ÄúI told them! I told them how much I was looking forward to having my own fresh eggs!‚Äù she sputtered. ‚ÄúWhy would they sell me meat chicks when I told them I wanted hens?‚Äù

Why indeed? Unfortunately, chick season is often also dupe season, as many newbie chicken keepers get taken in by an assortment of sales pitches and spiels with one purpose in mind: sell chicks. Fortunately, these are usually innocent versus malicious in nature, promoted out of ignorance by employees with no personal poultry experience. Avoid falling victim to this annual quackery by watching for these three common chick¬Ýclaims.

The manager of one of my local feed stores tried to sell me some chicks recently, confiding that these pullets would lay black eggs. The chicks were Barred Rocks. I tried my best to explain that only Cayuga ducks lay black eggs and that Barred Rocks lay brown eggs, but he was adamant that they‚Äôd produce black eggs because ‚Äúthe hatchery said so.‚Äù Yikes.

If you‚Äôre in the market for chicks who‚Äôll lay a breathtaking array of colored eggs, you‚Äôll have little luck at feed and farm stores. Breeds such as the Araucana and Ameraucana (sky-blue), Cream Legbar (dove gray-blue), Penedesenca (terra cotta), Welsummer (chocolate) and Black Copper Marans (dark chocolate) are rarely found outside private breeders and specialty hatcheries. You will find Easter Eggers, which, as their name implies, lay eggs in a variety of pastel shades. Aside from Easter Eggers, count on brown and white eggs from farm-store chicks.

Every spring, I become supremely irked by the sale signs I see for Araucanas (or Americanas, Araumicanas, Arucananas and a multitude of other misspellings). Those $2, chipmunk-striped cuties are actually Easter Eggers and not their uncommon, more costly kin. Unfortunately, many eager new poultry keepers simply assume they‚Äôve scored big by buying a rare chick for cheap. And every summer, without fail, I‚Äôve seen APA judges disqualify Easter Eggers from poultry shows, breaking the hearts of the kids and adults who lovingly raised them in the belief they were Araucanas or Ameraucanas. If you‚Äôre looking for true Araucanas and Ameraucanas, check the directories at these breeds‚Äô national club websites and be prepared to shell out some change, as chicks can run from $15 to $100 each, depending on their lineage, variety and quality.

Most farm-store employees are regular folks earning a living and learning about livestock as they go. Many openly acknowledge their lack of expertise when it comes to poultry; the staffers at two of my local feed stores keep my business card handy in case there are customer questions they can‚Äôt answer. Some, however, do their darnedest to bluff their way through their ignorance, usually at the buyer‚Äôs expense. I‚Äôve seen straight-run chicks labeled as pullets, bantam chicks marked as large-fowl sex links, and bins of different breeds combined to save space. The latter is undoubtedly what happened to Barb, who thought her Cornish Crosses were White Leghorn chicks.

How can you ensure you‚Äôre getting what you want? Do some online window shopping before heading off to your local feed store. Sites like McMurray Hatchery and My Pet Chicken feature photos of baby chicks by breed. Print out images of the chicks you want in your flock and keep those pictures handy when you go shopping. This way, you‚Äôll end up with eggs in your basket instead of broilers in your freezer.