The chick dilemma: Do I risk having another rooster? 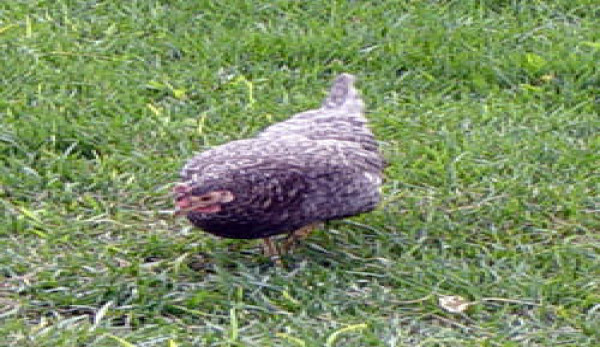 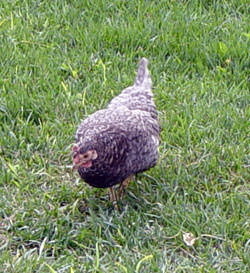 Baby Jo is sitting on some eggs right now.

Every spring and summer thereâ€™s a battle with my hens; they want to make babies, but I want eggs for breakfast. As soon as they lay an egg, I take it away. They squawk in protest and sometimes peck my hand, but I always win. Then, they sit for days in the same spot where the egg once was, brooding and pretending itâ€™s still there.

They arenâ€™t stupid, and eventually start laying in places where the eggs canâ€™t be easily seen. They know the nest boxes in the coop arenâ€™t safe because I always take the eggs they put there. So they start getting creative and hiding under bushes or behind objects. If I notice a hen is missing, I hunt her down, thwarting her attempts to reproduce. But once in a while, the hiding spot is so good, I canâ€™t find it.

Baby Jo is the result of one of these incidents. Her mother hid under the tack shed and hatched her. I never knew where the hen was hiding until she emerged one day with a chick at her side.

Iâ€™ve been thinking a lot lately about letting one of my hens have a chick or two since Iâ€™m down to only three hens. So when Baby Jo decided to “hideâ€ť behind a nest box in the coop, I decided to leave her there and let her hatch her eggs.

However, Iâ€™m nervous about this for a few reasons. First, my roommatesâ€™ dogs. They donâ€™t bother the adult chickens, but I worry they could hurt a chick. There is no real reason to think this, but Iâ€™m worried about it anyway.

Second, the issue of inbreeding concerns me. Baby Jo mated with her uncle. Will the babies come out with two heads? Iâ€™m worried about this, too.

Third, what if the chick or chicks are roosters? I already have two roosters. Only Mr. Mabel breeds, since he is the dominant rooster. But still â€” is it a good idea to add another male to this flock? Will they fight? What is going to happen?

Baby Jo only recently laid the eggs she is sitting on, so I still have time to decide whether this is really a good idea. Iâ€™ll be doing plenty of research on chicken breeding and multiple roosters over the next week or so. I want to be a responsible urban farmer, and will do whatever it takes to make sure I have it right.