Photo by Audrey Pavia Bodhi is surprisingly athletic. If I were a rural farmer instead of an urban one, I’d have several barn cats that would spend their days stalking mice and chasing butterflies. But I have an urban farm, which means I not only have to worry about coyotes eating a barn cat, but […] 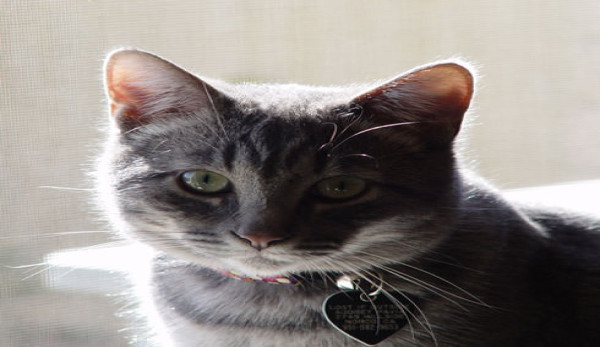 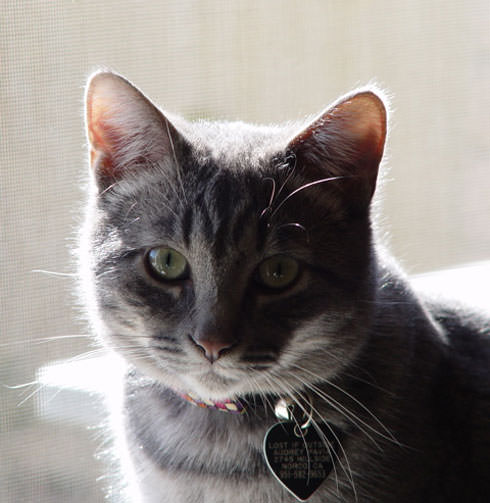 If I were a rural farmer instead of an urban one, I’d have several barn cats that would spend their days stalking mice and chasing butterflies. But I have an urban farm, which means I not only have to worry about coyotes eating a barn cat, but I also have to take into account the threat of speeding cars, territorial neighborhood cats and sadistic teenage boys. So, my urban-farm cats live indoors, where they work at keeping rodents outdoors (only mice with a death wish would set a paw inside this house), and regularly send flies to meet their maker.

But cats are cats, whether they are outdoor or in. Even though mine can’t climb trees or leap to the top of a haystack, they find other ways to show off their athleticism. That’s where my little gray tabby, Bodhi, comes in.

A compact little creature, Bodhi is the smallest of my three males. His round face and saucer-like eyes make me think of the Cheshire cat from Alice in Wonderland.

We adopted Bodhi when he was 8 weeks old after seeing him at a Petco. He was in a cage all alone ā a tiny, gray fuzzball.

Bodhi spent the first several months sitting in my lap while I worked at my computer. He cuddled and I fussed over him. And then he grew up to be a bit weird, like most cats.

Bodhi’s weirdness comes out in two ways: He’s very skittish, jumping 5 feet in the air if a pin drops. His other weirdness is his propensity for making bank shots. Not with a basketball, but with his body.

Bodhi can’t just walk around a corner of the hallway like other cats. Instead, he bounces off walls ā literally. If two walls are adjacent to each other in an L-shape, Bodhi will bounce off one wall, and then the other. No one can figure out the point of this behavior since it doesn’t get him where he needs to be any faster. He just seems to do it because, well, he can.

The highlight of Bodhi’s bizarre antics came one evening when we had some friends over to watch a movie. For some unknown reason, Bodhi came running into the living room in the middle of the movie and bounced off first one wall then the other.

āHey!ā said one of our friends with a look of utter disbelief on his face. āThat gray cat just did a bank shot off the wall!ā

And from then on, Bodhi became āBank Shot Bodhi,ā a moniker he happily reinforces on a regular basis, for reasons that may always remain unknown.