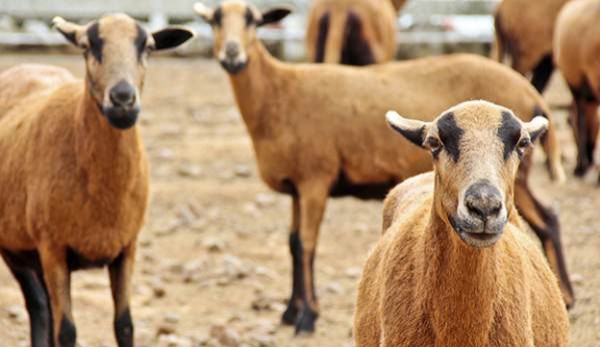 Use: Barbados Blackbellies are meat breed sheep ideal for situations where their hardiness, productivity, parasite- and foot rot-resistance, and ability to take care of themselves makes a difference, such as in low-input, organic, and grass-fed lamb operations and on farms with poor-quality pasture.

History: Barbados Blackbelly sheep evolved on the tiny, tropical, southern Caribbean island of Barbados in the western Atlantic Ocean. Parent stock included African hair sheep and European wool breeds. According to historian Richard Ligon, writing in A True & Exact History of the Island of Barbados (London; 1657) the sheep were already a discernable breed by the early seventeenth century. The U.S. Department of Agriculture imported four Barbados Blackbelly ewes and one ram in 1904 and North Carolina State University brought in a group in 1970; additional undocumented importations probably occurred. Texas is home to an estimated 250,000 to 500,000 mixed-breed sheep descended from early imports, but as of 2007, there are fewer than 400 purebred Barbados Blackbelly sheep in the continental United States.

Conformation: Barbados Blackbelly ewes weigh about 100 pounds, rams tip the scales at 105 to 125 pounds and occasionally higher. They come in all shades of brown, tan or yellow, highlighted with black under parts with black extending down the inside of the legs, black noses and foreheads, and the insides of their ears are black too. Rams have a mane of thick hair growing down their neck as far as their briskets; some have manes that cover the shoulders as well. Both sexes’ coats consist of short, slick hair rather than wool; in Northern climates, some purebreds develop wooly winter undercoats that shed in the spring. Both sexes are polled (naturally hornless). Barbados Blackbelly sheep are alert, agile and reactive. These tendencies, when added to their color and body type, make them resemble small deer or antelope when viewed from afar. Ewes are attentive, protective mothers; they’re highly productive, twins and triplets being the norm. Barbados Blackbelly meat is milder tasting than lamb from most other breeds, and it’s leaner, too.