Basil plays a starring role in this spooky story of forbidden love, murder and ghosts. 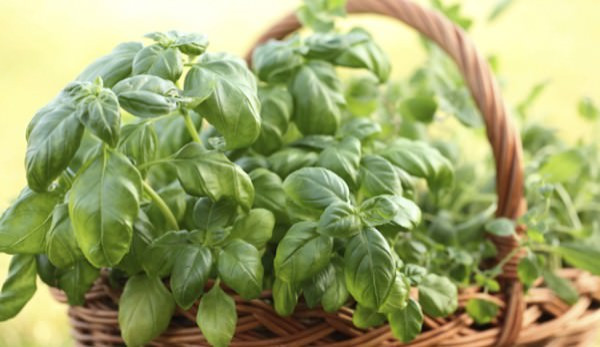 Who would have thought that basil (Ocimum basilicum) could serve as a credible Halloween decoration? It turns out there’s quite a lot about the origins and original uses of basil that makes it a great candidate. Today’s tale is especially fun because I’ve got a mountain of this particular plant that needs preserving right now.

In the Italian poet Giovanni Boccaccio’s story “Lisabetta and the Pot of Basil,” Lisabetta was the only sister of three wealthy merchants, who had certain expectations about her interactions with men. Unfortunately, there was a young Romeo in their employ named Lorenzo. Lisabetta and Lorenzo fell in love and secretly began to meet in each other’s bedrooms for unapproved play dates. Unbeknownst to the pair, one of the brothers found out about their affair and schemed about how to end it in a way that preserved his sister’s virtue and marketability. The brothers took Lorenzo out for a day of fun and murdered him in a secluded spot along the road.

Lisabetta was worried and repeatedly asked her brothers when Lorenzo was coming home. She spent many nights calling out to him and begging him to return, until one night, his ghost visited her in her dreams. Lorenzo told her that, in fact, he wasn’t coming home because her brothers had killed him. He also revealed where he had been buried. The next morning, Lisabetta went out in search of the body.

When she found him under some newly turned earth—just where his ghost had led her—she had a new problem: She certainly wasn’t going to leave her lover there in the ground with no one to mourn him, but she was too small to carry him back to the house and there was the obvious problem of how to hide the corpse in her room. Lisabetta was apparently a very resourceful young lady. Using a knife she carried out with her, she cut off Lorenzo’s head and made her maid carry it back to her room. Once home, Lisabetta wrapped the head in a cloth, placed it in a pot and planted basil over it. She was then free to cry over it, watering the plant with her tears.

Lisabetta’s brothers began to notice her newfound obsession with a pot of basil and started to wonder what was going on. The basil had grown to epic proportions, owing to the great fertilizer and ample moisture, and their sister wouldn’t go anywhere without it. They got it away from her and dug underneath the plant for the gruesome discovery among its roots. Sensibly, they buried poor Lorenzo’s head. When Lisabetta realized she was missing her pot of basil she cried until she died.

After coming across this story, I immediately wondered, “Why basil?” There had to be a reason Boccaccio chose basil as the plant to cover a dead head. In looking further into the past, I think there are some great reasons. Boccaccio was a well-traveled man and scholar, so he would have known about how basil was used and perceived in the ancient world. We get the Latin name for basil from Greek mythology. Ocimus was a ruler that staged gladiator battles for entertainment. One day, he got his just deserts when a gladiator killed him. Where he fell, the first basil plant is said to have sprung from the earth.

The plant migrated to Europe from the Middle East. There it was traditional to plant basil on the grave of loved ones. How appropriate to have it on the tiny, potted grave of the girl’s lover? In Greece and Rome, basil was believed to represent a misfortune or anger, again, making it appropriate to decorate the grave of someone who had been murdered. In some traditions, basil suggests a woman’s chastity. If basil withered in a woman’s hand, then she was not found to be pure. What a wonderful hidden message this might have been, as the basil flourished under Lisabetta’s tears, adding incrimination to her brother’s action of killing her lover over her virginity.

Who doesn’t love a good ghost story? For me, anytime that story can be wrapped around ancient literature and mythology with a plant at its roots, I’m a happy gal!