A Mediterranean native, bay laurel trees are a perfect plant for container growers who want to grow their own flavorful seasonings. 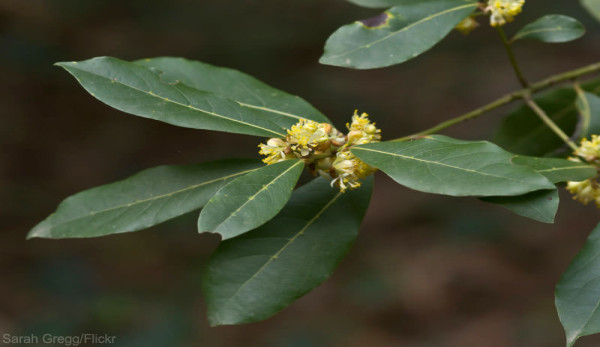 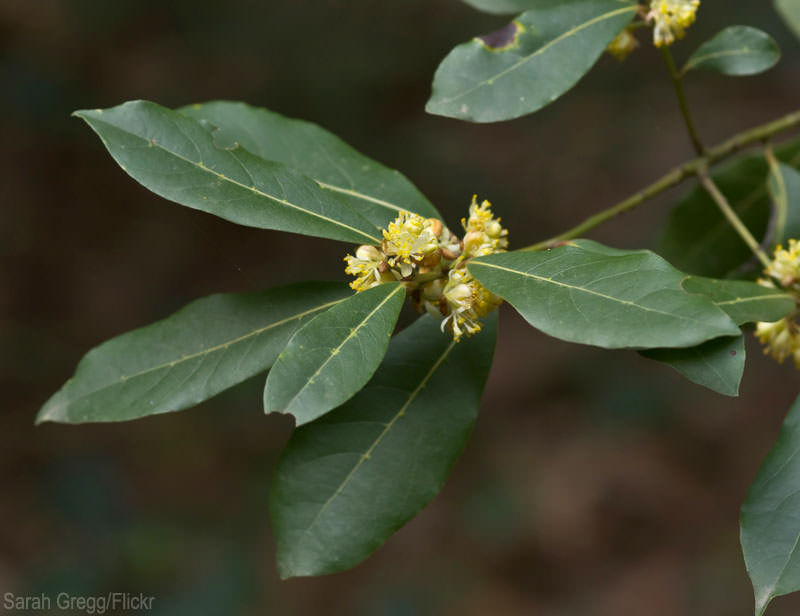 There are worse places to spend a 16-hour layover than Madrid, Spain, in the spring. After two weeks in Morocco, I was ready to find a cozy tapas restaurant and break my pork fast, and there was plenty of daylight left to explore the city‚Äôs famous parks. One modest plaza featured four bay laurels growing in as many pots, each nearly as large as a VW Beetle. Each bay laurel was as erect as an Italian cypress and as tall as a three-story building.

In the pot nearest the bus stop, the trunk of the original tree had rotted away. A circle of leafy trunks had grown up from the surviving roots leaving a dark, hidden grotto the size of a phone booth. Climbing into this hollow with a colleague, we spied on the tourists and Madrile√Īos through the screen of evergreen leaves. Hidden from the policia, we broke open a few leaves for the fragrance: a broth of cloves, lemon, nutmeg, vanilla and cinnamon. We looked up through the tunnel of branches at a rich, blue sky and, wisely I think, decided not to climb our way up. Now, I look at the 5-foot-tall bay laurel (Laurus nobilis) in my tiny front yard, and I‚Äôm glad to know it will never get that big.

Bay laurels are native to the Mediterranean, so they grow very well in dry climates along parts of the West Coast. If you think of those Spanish bay laurels in their immense pots, you‚Äôll have an idea of what they like: well-drained soil, little water and plenty of sunshine. They‚Äôre also content with lean, alkaline soil with a pH of 6.5 to 8. They don‚Äôt get nearly as large in other parts of the United States. They survive in zone 7 or warmer. In colder parts of the country, you may be able to keep one going through winter in a pot if you have a greenhouse or indoors in a very sunny window.

For cooking, dark, mature bay laurel leaves have stronger flavor than young leaves. Drop three or four of them in a tomato sauce, stew or soup to enhance the meaty flavors. Remove them before serving, as they aren‚Äôt palatable. Dried leaves have an even stronger flavor and can be saved for a year if kept in a cool, dry container. Occasionally, I snap off a leafy twig for garden visitors on their way home.

Some winters, I prune the young, flexible branches and wrap them around the metal frame from last year‚Äôs Christmas wreath. (It‚Äôs easy enough to burn off the dried conifer branches in the fire pit and reuse the circular metal frame.) I embellish the bay wreath with a bow and sprigs of holly berries and hang it on the front door.

Bay laurels take pruning very well. An ancient bay laurel in Old Salem, N.C., is pruned into a fat candle-flame shape, and at the gardens in Moore Farms, S.C., they tightly shear a hedge of bay laurel‚ÄĒjust imagine what that smells like‚ÄĒto line walking paths and separate gardens. Perhaps one day, I can talk them into growing a bay laurel grotto for me.

About the Author: Frank Hyman has a B.S. in horticulture and design and is an extension-trained IPM scout. He runs his 20-year-old garden-making business in the spring and summer, and writes, teaches and travels in fall and winter. Learn more about Frank at www.greatgardenspeakers.com.