Bayberry has been used since Colonial days for making candles, but the leaves and bark can also be helpful in the kitchen and medicine cabinet. 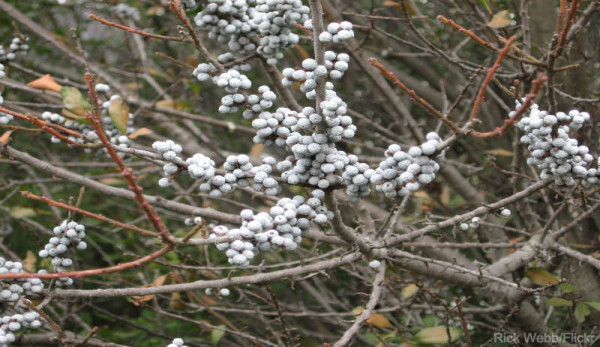 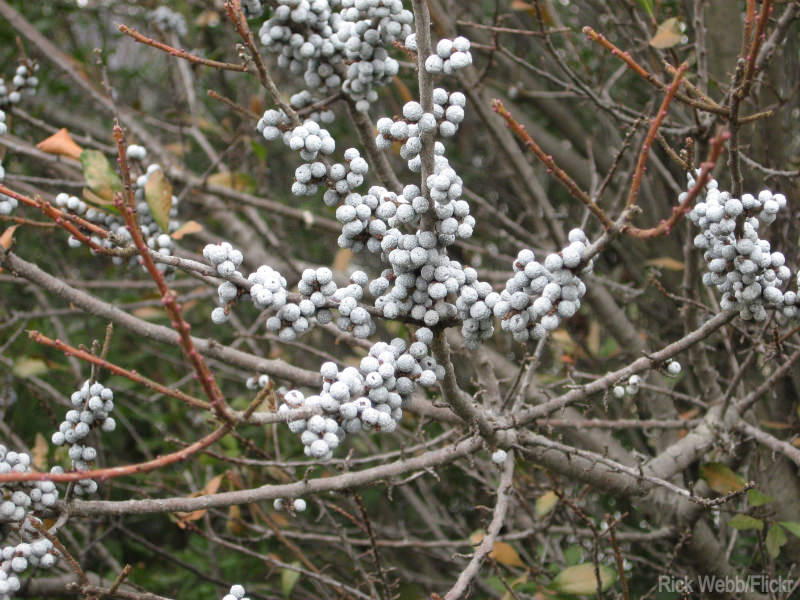 This bayberry candle comes from a friend

So on Christmas Eve burn it down to the end.

For a bayberry candle burned down to the socket

Will bring joy to the heart and gold to the pocket.

There are many good-luck beliefs surrounding the bayberry (Myrica pennsylvanica). It‚Äôs said that planting one next to your house it will bring prosperity. Carrying a dried leaf in your wallet will encourage an increase in money to keep it company. With so much good luck and prosperity swirling around this shrub, it seems like we should all have one planted in the front flowerbed.

What Is Bayberry?
The bayberry is a semi-evergreen shrub that can grow to about 6 feet tall and just as wide. The fact that it retains many of its leaves into winter means that it‚Äôs very important cover for migrating birds. The cold-tolerant variety that grows in my area (M. pennsylvanica) is hardy to -28 degrees F. It‚Äôs native to the Northeast and can be found as far west as Ohio and as far south as North Carolina. A southern variety, Myrica cerifera is often called myrtle and can be found in Florida on the coasts.

The shrub is either male or female, and you need both for seed development. If you would just like to have the small, waxy, blue-gray fruits, you may grow the females all on their own. Bayberry likes sandy soils best and spreads by root suckers. Like red clover, it fixes nitrogen in the soil, so it‚Äôs an important plant helping surrounding plant life flourish.

Bayberry is fairly disease- and pest-resistant, and pruning is actually discouraged, as the shrub doesn‚Äôt like to compete. Plant it in an area that needs improving or you will need to clear a space for it.

How Bayberry Heals
From a medicinal standpoint, the root bark and leaves are a febrifuge (meaning they‚Äôre used for fever) and an antispasmodic, (meaning they help with spasms and cramps). In the 18th and 19th centuries, it was so popular that nearly all doctors used it.

The leaves have been used as a bay leaf replacement. The berries are reported to be edible, as well, though there isn‚Äôt much flesh to work with. In many areas of the world, all parts of the shrub are burnt or made into topical preparations to repel insects.

Bayberry Candles
When colonists first came to America, they encountered bayberry shrubs along the shorelines. They didn‚Äôt discover the culinary and medicinal applications until later; instead, it was the waxy berry that drew attention. The colonists learned quickly that by boiling the berries they could extract a clean burning wax for candles that was superior to the stinky, dirty tallow candles they used on a day-to-day basis.

It takes quite a few berries to get enough wax for candle-making, though, so the resulting taper was only burnt on special occasions. It became common practice to burn them on Christmas or New Year‚Äôs Eve. No one really knows who wrote the well-known bayberry poem above, but if you choose to give a bayberry candle this Christmas, attach the poem to the card and carry on the tradition.