Two studies confirm that a variety of bee species on the farm will help increase crop pollination. 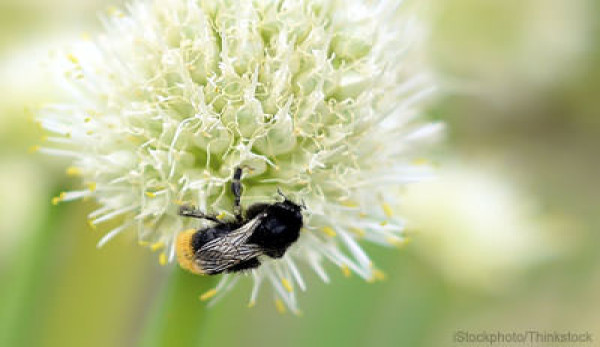 Farmers and orchardists who depend on pollinators to help their crops thrive already know thatÂ Honey bees are a growerâ€™s best friend. However, two recently published studies by researchers from the University of California, Berkeley; the University of California, Davis; and Germanyâ€™s Leuphana University of LĂĽneberg reveal that attracting more bees to your farm is only half the battle: To ensure efficient, effective pollinator services, the insect population on your property needs to be diverse, as well.

The first study, published in January 2013 in the Proceedings of the Royal Society B: Biological Sciences, shows that Honey bees in California almond orchards carry out pollination more effectively in the presence of wild bee species, such as yellow-faced and black-tailed bumblebees, as well as other managed species, such as the native blue orchard bee.

The studyâ€™s authors attribute the higher rate of pollination in orchards with greater biodiversity to a crucial change in Honey-bee behavior. Almonds are a self-incompatiable crop; as such, two or more almond varieties must be planted for pollination to take place. To facilitate harvesting and other management tasks, most commercial orchardists plant alternating, single-variety rows, leaving approximately 16 feet of space between trees within a row, and approximately 22 feet between the rows themselves. Because of the shorter distance, most Honey bees tend to forage up and down rows instead of across; as a result, they move more incompatible pollen from tree to tree, decreasing pollination effectiveness.

In the presence of other bee species, however, Honey beesâ€™ foraging patterns change. Although they continue to forage within rows, the proportion of flights they make across rows (i.e., between varieties) increases. The researchers have yet to pinpoint a cause for this behavioral change, though they say itâ€™s unlikely that direct interactions between Honey bees and other species play a role. They suggest a few possible triggers, including perceived competition for resources and resource depletion.

The second study, published in November 2012 in the journal Global Change Biology and based on the same system of experiments, further demonstrates the value of biodiversity to pollination. According to Clare Brittain, a postdoctoral researcher from Leuphana University of LĂĽneberg and one of the studiesâ€™ presenters, her team found that differentÂ pollinators tend to visit different parts of the tree. Honey bees tended to favor blooms located on upper branches, while wild pollinators foraged lower branches, thus filling in the gap and maximizing each treeâ€™s pollination potential.

“During almond bloom in high winds, we found that Honey bees practically stopped visiting flowers, but wild bees continued to fly and visit flowers. This means that under high winds, the wild bees help to sustain the cropâ€™s pollination,â€ť Brittain says.

In addition to having implications for large-scale commercial growers, many of whom are seeking ways to respond to growing demand without increasing acreage or agricultural intensity, Brittain says her teamâ€™s research applies to farmers at all scales.

“In fact, small-scale farms could already support a diverse community of pollinators, which will visit their orchards,â€ť she notes. Brittain recommends that farmers entice pollinators by planting regionally appropriate, pollinator-friendly flower varieties. (The Xerces Society offers a region-by-region guide.) This is particularly important for farmers growing crops, such as cherries, watermelons and blueberries, that are pollinated more effectively by wild bees than Honey bees on a per-visit basis.

“To promote pollinator diversity, farmers should conserve any remaining semi-natural habitat near their farm,â€ť she says. “For those orchards isolated from semi-natural habitats, farmers can consider creating some alternative habitats for wild pollinators by planting flowers and leaving some bare ground for bees to nest in.â€ť