Bee Hunting: A Modern Twist on an Old Practice

Bee hunting, finding and following wild honeybees, is a mix of excitement and mindful meditation that provides valuable insight into the lives of bees. 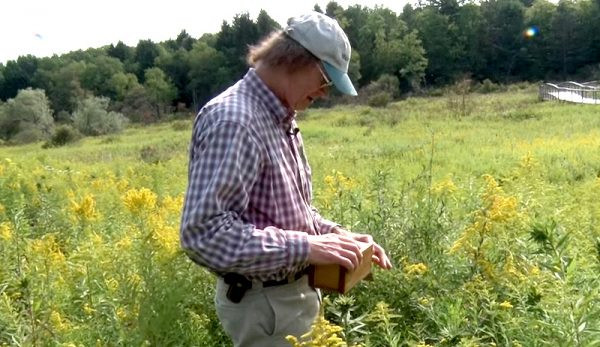 ÔÇťPart of it was for fun, but another part of it was to get honey,ÔÇŁ explains Thomas Seeley, pictured above. Himself a bee hunter since the 1970s, Seeley is a professor of neurobiology and behavior at Cornell University. Seeley is also the author of Following the Wild Bees: The Craft and Science of Bee Hunting as well as The Lives of Bees: The Untold Story of the Honey Bee in the Wild.

He continues, ÔÇťThey would go bee hunting in July or August, and then they would find the tree, mark it with their initials and come back in October when the bees had made all the honey that they were going to make that summer.ÔÇŁ

And then? Armed with axes and pots, they’d fell the bee tree to harvest the combs and every last drop of honey.

Fortunately, today’s bee hunters are more charitable and differently motivated. Watching a video of Seeley find a wild beehive is like being in on a treasure hunt-cum-mindfulness meditation retreat.

ÔÇťThe thrill of bee hunting is in the chase,ÔÇŁ he says. ÔÇťIt’s not so much in the final conclusion. That’s part of it, but the process of doing it and following the bees back to their home, whether it’s a bee tree or a hive, is fun.ÔÇŁ

Just what does the process look like? Seeley heads out with his bee box, along with some sweet bait, a sighting compass and a little paint. Once he finds some foraging honeybees, he traps them, one at a time, inside his bee box. The small, wooden box (shown below) has a hinged door on one side and a clear window on the other. It also features two chambers divided by a sliding panel. 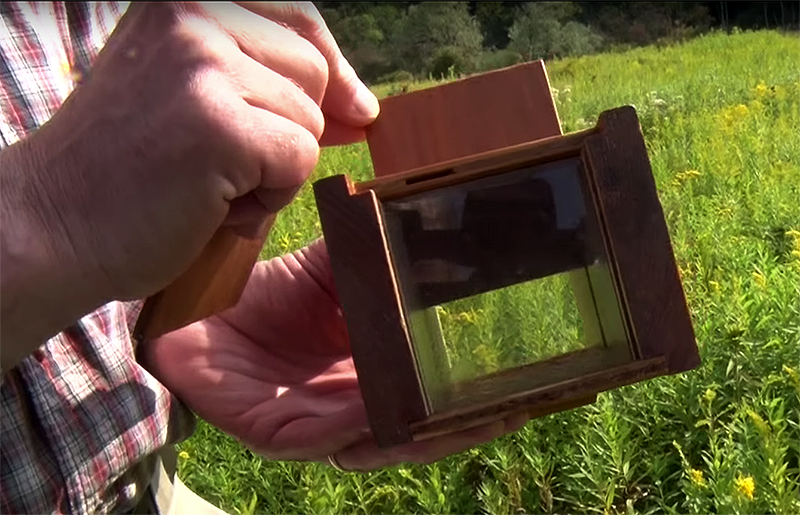 Next, he sets up a small table and fills a square of honeycomb with nectar. He introduces his temporary captives to this food source and eventually releases them. Seeley uses color and anise scent to make his impromptu nectar station extra conspicuous for area bees. In time, his original captives return for more nectar. Seeley gently dots a few of these returning bees with different paint colors. 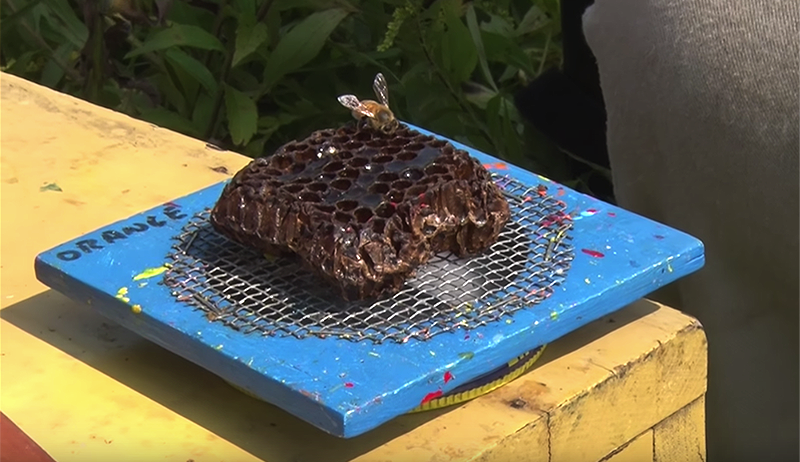 ÔÇťIf you’ve paint marked them, then they become individuals,ÔÇŁ he says. ÔÇťYou really get to see the variety of, you might say, ‘personalities’ among individual worker bees.ÔÇŁ 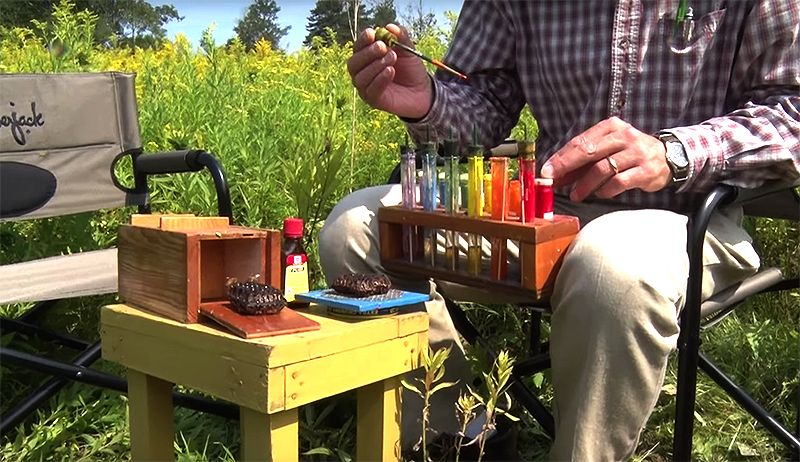 As the bees depart to unload their collected nectar, Seeley uses his sighting compass to record their vanishing bearings. He also times how long it takes individuals to make their round trips. Taken together, these detailsÔÇöcoupled with years of practiceÔÇölead Seeley to the wild hive. 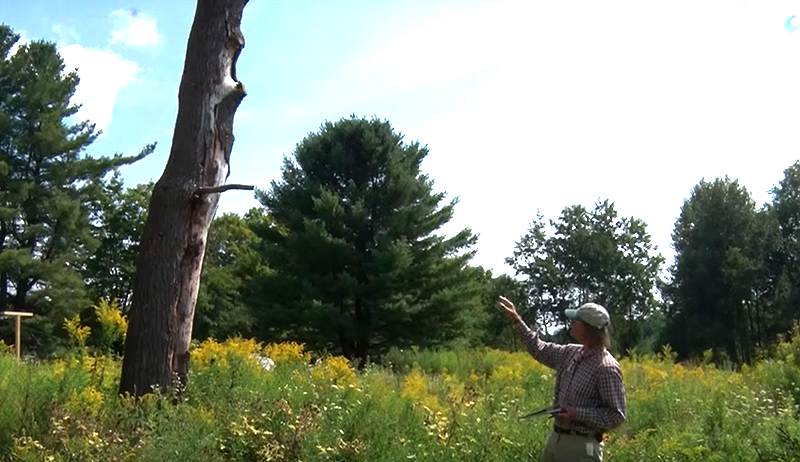 ÔÇťOne of the pleasures of [bee hunting] is that it takes you to some beautiful places you might not otherwise go, because you go wherever the bees are going,ÔÇŁ Seeley says.

It’s also relaxing, he adds: ÔÇťYou have to focus your attention on what you’re doing as a hunter. You kind of tune out a lot of that other stuff in your life for a while.ÔÇŁ

Understanding how honeybees live when they aren’t under human control is valuable, too. Seeley has spent much of his career studying these differences.

Like many present-day bee hunters, Seeley is also a beekeeper. ÔÇťThe colonies we manage for honey production and pollination are much bigger than in the wild,ÔÇŁ he says.

Often situated high and deep within large trees, wild nests also are better protected from winter and honey robbers on four (as well as two) legs. But on the ground? ÔÇťWe [beekeepers] are interfering with the lives of the bees,ÔÇŁ Seeley says. ÔÇťI’m not saying we should copy the way bees live in the wild, but it’s good to be aware of how we’re pushing bees outside of their normal lifestyle.ÔÇŁ

Seeley concludes, ÔÇťIn bee hunting, you’re not disturbing the bees. You’re actually giving them some nice food, and they’re as happy as clams at high tide to come back and get more food from you.ÔÇŁ

Susan Brackney is a freelance writer and author of the Insatiable GardenerÔÇÖs Guide (Five Hearts Press, 2004) and Plan Bee: Everything You Ever Wanted to Know About the Hardest-Working Creatures on the Planet (Perigee Books, 2009).