These seemingly freeloading honeybees play an important role in your hive. Here's the full story on the drone. 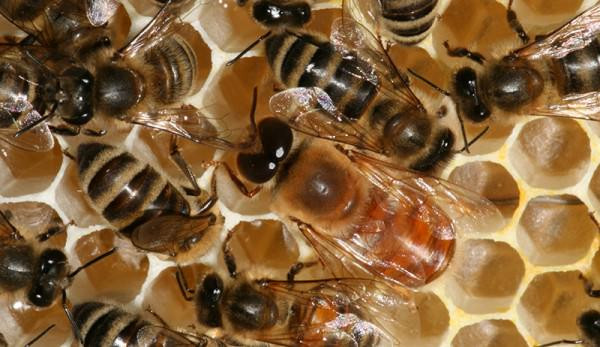 Oh, the sweet, misunderstood drone. To the outside observer, the female honeybeeās male counterpart appears to be a lazy, freeloading burden. But the droneās role is actually critical for the health and strength of the entire species.

How Can That Be?

The droneās primary job is to mate with virgin queens. If he is successful, he ensures the continuation of his own genetic material, thus strengthening the species of Apis mellifera. What does that look like? The strongest hives produce the strongest drones, and those drones strike out on their own to mate with virgin queens. If he successfully arrives at a drone congregation area, and mates with a queen (it happens mid-air!), she will then take his genetics back to her mother hive (among other dronesā sperm). There, she spearheads a colony with those dronesā genetic material, to raise the next generation of honeybeesāincluding young new dronesāto continue the cycle in the years to follow.

Then Why Does The Drone Get A Bad Rap?

Well, for starters, he doesnāt pull his weight around the hive. Drones donāt participate in any work in the hive: no brood rearing, no cleaning, no foraging, no honey making, no defenseānothing. Whatās more, drones use up precious resources in the way of pollen and honey, while offering nothing back to their mother colony in return.

So, Drones Hang Out, Get Free Food and Protection Without Working for It?

More or less. The days spent in the hive before mating are rather ā¦ relaxed. But a droneās end is quite dramatic, whether he mates or not. Drones hatched during a mating period in the year will fly out and create drone congregation areas (or DCAs) with other drones from other colonies. There, they wait for a virgin queen to join them, where sheāll mate with about a dozen different drones. For those drones, copulation is the last activity theyāll participate in. The male honeybee sex organ is much like the stinger of the female: Once he successfully mates and flies away, it is torn from his body and his life concludes.

What Happens to the Drones That Donāt Mate?

Good question. The drones that are hatched too late in the year or never leave the hive to mate end up remaining in the hive under the care of their sisters until the end of the season. As the weather cools and the colony hunkers down for the winter, the drones are kicked out of the hive. The female honeybees recognize that winter is a precarious time for survival, and they need all helpful hands on deck to come out of the end. They also realize (in their own tiny honeybee way) that drones are no longer needed for the year. In the spring, if the colony survives, the queen will get right to work on laying new worker and drone brood.