Use Beer To Help Ailing Sheep? Many People Say It Works

Curative ale is more than an old wives' tale. Many sheep owners swear that beer has helped sheep who wouldn't eat after other remedies failed. 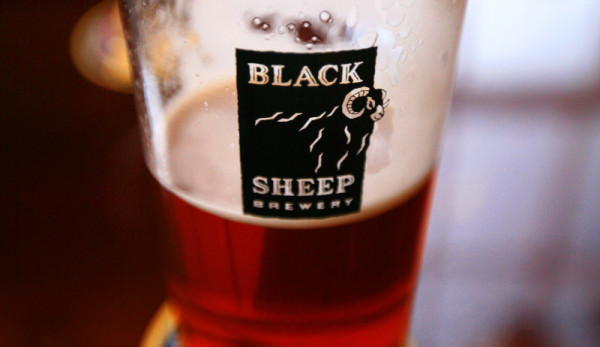 Brewers‚Äô waste is often used as animal feed, but I never thought to share a beer with a sheep until I attended a farm fundraising event. I was enjoying a tall cold one when a flock owner pointed out the same ale could be used as a beer drench, her go-to curative for mysterious sheep ailments.

‚ÄúOne of our ewes ate nothing at all, for days,‚Äù she said. ‚ÄúWe tried everything: dewormer, penicillin, NutriDrench, antibiotics, vitamins and everything for feed too. She wanted none of it until we gave her a beer.‚Äù

Desperation Is The Mother Of Invention

Sheep are famous for knocking on death‚Äôs door early and often, and with little or no notice. They disguise symptoms so well that, by the time we humans notice any, it‚Äôs often too late.

Beer is an inexpensive, simple, often readily available restorative you can try, especially when clearer symptoms of other common illnesses are not present: no change in color to eye membranes (from normal pink range to deeper reds) that might indicate parasites, no nasal discharge, no diarrhea. I imagine that a farmer, agonizing over what to do with an apparently dying sheep, poured herself a beer, sadly shared some with the sheep, and then watched the situation turn about.

Another flock owner I know swore by beer: ‚ÄúAt weaning, I thought I‚Äôd have to put Teatime down, but beer worked like a charm. Really got her going again, too much so. I should have been more careful about my timing, because it even got her producing milk again! From now on, beer will be my go-to solution when one of the gals is off feed for more than a couple of days.‚Äù

Some online research quickly indicated that the folks at the farm fundraiser weren‚Äôt pulling my leg. Beer is commonly given to Japanese cow breeds (which produce Waygu beef), to get them back on feed if they go off. It is also administered to sheep that might have gone off feed because of pregnancy toxemia, more commonly known as twin lamb disease, a metabolic disorder that causes a significant decline in nutrition levels.

Why Does Beer Work?

We don’t know for sure.

Folks also pointed out that sheep seemed more willing to drink water after having some beer, and one described beer as ‚Äúa boost of iron and energy.‚Äù In keeping with our modern obsession with the microbiome, another farmer speculated that beer‚Äôs malt and yeast might create a probiotic effect, or that this ‚Äúpre-digested‚Äù liquid might create a friendly environment for rumen bacteria to get going again and re-establish themselves, after suffering in a nearly empty environment.

I’m not sure. The microbial activity of the rumen is to break down cellulose into more digestible materials, and beer contains nothing that does this. Brewer‚Äôs yeast digests simple sugar. In addition, as my home brewer husband reminded me, the point of making beer is to kill bacteria. Beer doesn’t contain bacteria unless something has gone wrong.

Maybe it‚Äôs the hops. In one study, hops flowers and hops extracts inhibited the growth of hyper-ammonia-producing bacteria and ammonia production. In another study by animal scientist Glen Aiken, hops had a positive effect on the rumen’s volatile fatty acid ratios, which are important to ruminant nutrition.

Not much, by all accounts. For a 100-to-130-pound sheep, start with 1/2 beer one evening, and 1/2 the next morning, and see how the animal does. For some sheep, this is enough to give them the will to walk over to the feeder and start nibbling.

The Blackbelly Sheep Book has a recipe for beer tonic you might wish to start with.

Beware Beer When Bloat Is Present

Farmers noted that they do not administer a beer drench if a sheep is already bloated. They don‚Äôt want to add gas or liquid grain to an already bloated sheep for fear of worsening that condition.

Of course, it is best to engage a vet where possible, affordable and reasonable. When faced with imminent sheep death, however, a beer drench is worth a shot (pun intended).