Bee good to pollinators! Leading researchers are searching for clues about a mysterious ailment killing honey bees and other scientists are saying it's time to protect native pollinators 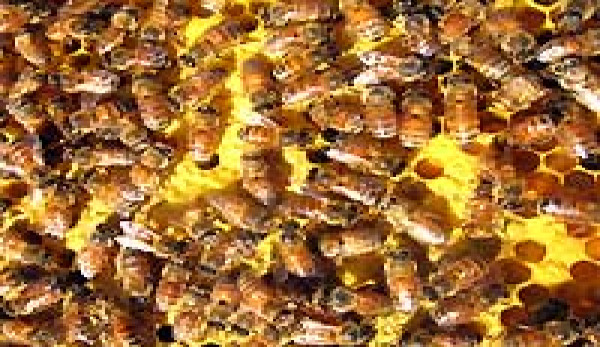 The Pollination Home Page
www.pollinator.com
Get the buzz on a variety of bees and pollination topics.

The Xerces Society
(503) 232-6639
www.xerces.org
Xerces has fact sheets on pollinator conservation and sponsors programs to safeguard the diversity of native insects.

The North American Pollinator Protection Campaign
www.nappc.org
More than 90 affiliated organizations, working to implement, promote and support a clear, continent-wide coordinated Action Plan to encourage activities that assure increases in numbers and health of both resident and migratory pollinating animals.

The Pollinator Partnership
www.pollinator.org
This site includes a pollinator curriculum for Grades 3-6, plus more resources.

Many of the world’s leading researchers are searching for clues about a mysterious ailment killing America’s honey bees, and other scientists are saying it’s time to re-examine, restore and protectÂ the continent’s native pollinators.

The U.S. Department of Agriculture and the Senate have declared June 22-28 the 2nd Annual National Pollinator Week, celebrating the insects, birds and bats that carry pollen from one plant to another.

Meanwhile, beekeepers across the country are losing thousands of honey-bee colonies to a phenomenon that is being called Colony Collapse Disorder (CCD).

Honey bees help produce one out of every three bites of food Americans take. Even dairy cows and goats depend on clover and alfalfa pollinated by honey bees and other bees.

The value of honey-bee pollination in the United States is $14 billion a year according to Maryann Frazier, senior extension agent and honey bee specialist at Penn State University.

In the 1980s, however, two kinds of parasitic mites wiped out feral bee colonies and threatened hived bees, too.

Today, bees also face threats from fungal and bacterial illnesses, invasive hive beetles, and the mysterious new CCD. It has killed thousands of honey-bee colonies in the 27 states where it has been identified.

A professional beekeeper in Pennsylvania lost 1,000 of his 1,200 colonies. Even though CCD has not been identified in several states, it does not mean the problem is not present there.

This spring, entomologists and other researchers from around the country met at the federal bee lab in Beltsville, Md., to discuss this deadly new ailment.

The symptoms are unusual, says Frazier. “One week, the bees can be quite strong and a week later, they have dwindled down to nothing.”

Beekeepers say it appears that the bees go out to forage for flower nectar and pollen, and then forget how to get back to the hive.

Frazier says that honey-bee colonies may be collapsing for a variety of reasons, including diseases that mites may be carrying, a new fungal pathogen, pesticides that some beekeepers or farmers may be using, poor nutrition or a combination of several factors.

Some scientists believe the collapse of honey bees may be a clarion call to pay attention to native pollinators: an estimated 4,500 species of other bees, wasps, flies, butterflies, birds and bats.

We’ve put “all of our pollination eggs in the honey-bee basket,” Mace Vaughan, conservation director of the Xerces Society for Invertebrate Conservation told the Christian Science Monitor. “We need more baskets.”

The North American Pollinator Protection Campaign is urging farmers and ranchers to participate in the campaign’s effort to conserve native pollinators and the habitats pollinators need.

Native insects can provide much of the pollination American crops need, but farm and ranch lands that support pollinators are disappearing at the alarming rate of 3,000 acres a day, according to the campaign.

The campaign asks landowners to provide pollinator-friendly habitat containing wildflowers that may be considered weeds.

Some wild pollinators, such as the hard-working Orchard Mason bee, benefit from nesting logs that can be built in any workshop or school classroom. Avoid the use of chemical insecticides and treat pollinators not as pests, but as partners.

“Farmers see the connection between plants and pollinators every day,â€ť says Deputy Secretary of Agriculture Chick Conner. “Thanks to these beautiful stamps, that same point is illustrated for everyone.â€ť

Build a Bee House
Attract beneficial Orchard Mason bees by drilling 5/16-inch holes in a tree stump or other standing deadwood that faces the morning sun. The drill bit replicates holes a woodpecker would make and can be filled with the eggs of nesting Mason bees.

To make a nesting block: 1) Use a piece of wood at least 4 inches thick; 2) Drill 5/16-inch holes that are at least Âľ of an inch apart; 3) Hang the block on a building or tree, facing the morning sun.

Large drinking straws, stuffed as a bundle in an old soup can and attached to the sunny side of a structure, also attract Mason bees that lay their eggs in the spring.

About the Author
Tom Meade is a writer, beekeeper and vegetable gardener in Rhode Island.