6 Beekeeping Tips for Heading Into Fall

As summer departs and autumn arrives, observe your colonies and ask these questions to give them the best chance of surviving winter. 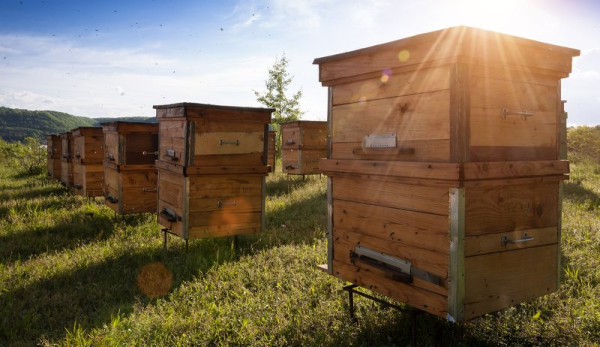 Autumn arrives this weekend, and with it crisper days and fewer blooms. For beekeepers, it’s a changing of the guard. We begin to wrap up the routine of the busy summer months and look toward securing the hives for the coming cold. In fall we pass the baton of security fully to the bees, having supported them through their growing season and now into the harder months.

If you haven’t yet wrapped up your summer chores, here’s what’s on your to-do list:

By now, most beekeepers have harvested all the surplus honey that is available, leaving the rest for the hives. In some regions, such as the southeastern U.S., a second bloom and mini flow can give the bees a final, precious resource of nectar, but only sometimes. The goal now is to make sure they have enough. A single honeybee hive requires 40 to 60 pounds of honey for the colony to make it through winter, with the whole hive weighing between 120 and 130 pounds.

Do this at least for now. Until temperatures really start to dip, keep a close eye on your hives and inspect them as needed. Look for a healthy queen and brood as well as ample stores going into the fall.

Count for Varroa mites using your preferred method, usually over the course of three days. One favorite is the sticky board method, in which a beekeeper places an screened adhesive sheet at the bottom of the hive to count the number of mites that fall onto it. It is valuable because it doesn’t kill any bees in the processâ€”the screen keeps them from the adhesive. Use your judgment to treat, if you see fit.

4. Requeen Your Colony or Not?

Replacing the existing queen with a young, mated queen in the fall is a common practice in commercial beekeeping and conventional apiaries, though many natural beekeepers opt not to take this approach. The choice is yours. If you do requeen, this is an excellent time to do it.

The robbing of precious stores by outsider insects is a serious threat. Yellow Jackets and other wasps become very aggressive this time of year, as their nests are large and the forage is scarce. Large hives with pounds upon pounds of honey stored is very tempting. Keep the hive’s entrance manageable for your bees, and watch behavior closely. Small entrances are easier to defend by the colony’s guard bees.

Whether to feed is another challenging question between conventional and natural beekeepers. If you’ve not been overzealous with harvesting, your bees (if they make up a strong colony) might have ample stores on their own. If too much has been harvested, the flow was spotty or robbing has occurred, feeding might be necessary. Do so in a way that doesn’t encourage more robbing.

Hopefully, as you move your bees into fall weather, you’re concluding another successful summer as a beekeeper.