Researchers have developed bees that naturally fight Varroa mites, foulbrood and chalkbrood. Here's how you can make it work in your hives. 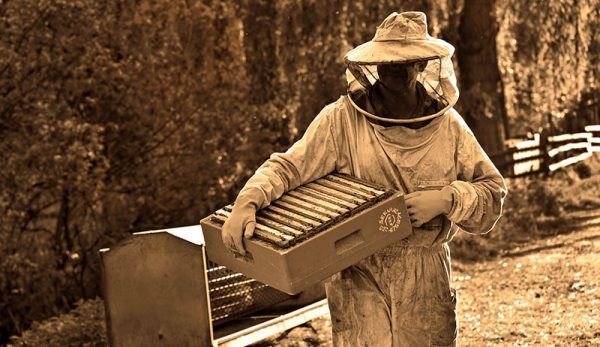 When shopping for honeybees, beekeepers typically consider honey production, general temperament and winter tolerance. Certainly, those qualities are important, but others matter just as much. Thanks to the efforts of entomologists and queen breeders, backyard beekeepers now have access to bees with some unusualâ€”and usefulâ€”genetic traits.

Consider, for instance, the Varroa miteâ€”long one of beekeeping’s biggest headaches. Beekeepers have relied on synthetic miticides and nonchemical methods to control these eight-legged vampires, but researchers working on the problem discovered that some honeybees were naturally better equipped to fight mites than others. They then painstakingly selected for the trait known as Varroa Sensitive Hygiene, also called VSH.

Just how does it work? Turns out VSH bees can detect when brood cells have been parasitized by Varroa mites.

Usually, the mites’ activitiesâ€”feeding on young bees during their development within capped, brood cellsâ€”go unnoticed. Then, parasitized adult bees emerge, weakened and potentially diseased, and adult mites (pictured above, greatly magnified) emerge along with them. Finally, female mites find new, open brood cells in which to lay their eggs, and the process begins again. Left unchecked, Varroa mites can devastate the colonies they inhabit.

But, sensing shenanigans, VSH bees uncap affected cells, remove parasitized brood and mites, and clean out the cells for a fresh start. While these special bees won’t catch every last mite, they do significantly reduce a colony’s overall mite loads.

Minnesota hygienic bees behave similarly; however, they are able to detect the presence of American foulbrood and chalkbrood in cells. Developed at the University of Minnesota’s Bee Research Facility by Dr. Marla Spivak, Minnesota hygienic bees uncap affected cells and remove infected brood, which helps arrest the spread of disease.

Spivak and others in her lab, including Apicultural Technician Gary Reuter, provided the Minnesota hygienic strain to multiple beekeepers in the industry. â€śIt’s not that we wanted everyone to use the Minnesota hygienic bees,â€ť Reuter notes. â€śWe wanted to have more diversity in genetics across the country. So, we encourage queen breeders to breed for that hygienic behavior in their own stock.â€ť

Are you considering trying VSH or Minnesota hygienic bees in your apiary? Individual queens or queens and nucs with these specialized traits seem to be more common than full bee packages. They can be pricey, too. A single, marked VSH queen can cost as much as $50 with shipping. Shop around, and make sure the breeder you choose has been state-inspected and complies with your state’s agricultural rules.

Provided your specialized queen is accepted into the colony, her offspring will carry and exhibit her hygienic traits. If you want to be certain that you’re getting what you paid for, you can perform hygienic testing. But, Reuter says, â€śYou have to wait at least six weeks before you do any testing on it, so that the bees in the colony will be the offspring of that new queen.â€ť

What exactly happens during those first six weeks? Well, it takes 21 days for her initial offspring to emerge. Then, another few weeks must pass to enable population numbers to build and for the new bees to age into their various roles within the colony.

Sadly, your fancy, new queen won’t live forever. â€śUnfortunately, right now, a queen that lives for more than two or three years is exceptional,â€ť Reuter says. â€śBetween the Varroa mites and the viruses, there are just so many issues in the beehive that it’s unusual for a queen to last that long.â€ť

Should something happen to your queen, the colony will attempt to replace her. Their replacement queen will then mate with area drones, and, although some of the original queen’s specialized traits could remain, these probably will be lost with subsequent queens. In other words? For consistent hygienic behavior, you’ll need to re-queen with marked, mated queens from a VSH or Minnesota hygienic queen breeder.

You do have at least one other option. If you have a local beekeeping club, compare notes about the kinds of bees currently being kept in your area, and experiment with different varieties. If you find one that works well, consider going in together to purchase several queens with the same characteristics.