Put Your Apiary on the Map With BeeCheck Registry

Online tools can help establish and maintain communication between pesticide users and beekeepers. 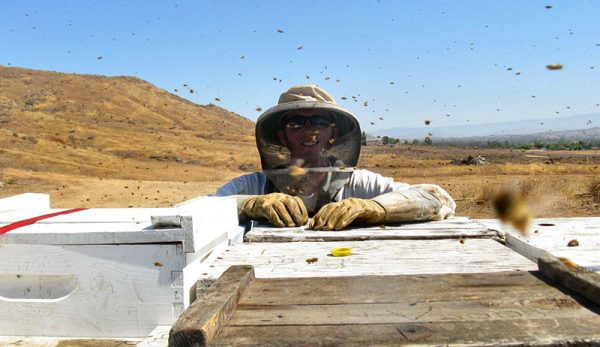 The days when neighbors chatted over the fence about the weather, their crops and livestock feel increasingly distant.

Still, for the past decade, a nonprofit group called FieldWatch Inc. has worked to increase communication between herbicide and pesticide users and those growing specialty crops or keeping bee colonies that could be harmed by chemical drift.

Before FieldWatch took it over, the project originated at Purdue University with Bernie Engel, a professor and head of agricultural and biological engineering.

The initial focus was mainly chemical drift and specialty crops. But, Engel explains, ‚ÄúWe began conversations on bees five or six years ago. They’ve been a growing piece of FieldWatch ever since.‚Äù

BeeCheck users enter their contact information, apiary location details and total hive numbers. Then the system maps the data. (You can still participate if you don’t sell honey, pollination services or other bee products.)

Besides the online tool, free BeeCheck smartphone apps are also available in IOS and Android versions.

‚ÄúI couldn’t have imagined that it would have grown as much as it has,‚Äù Engel says. ‚ÄúIt’s great to see that [the technology] has kept up and there are apps on your phone for pieces of this information. The data are flowing in automated ways out of the maps that you see in aircraft, into some of the applicator spray rigs and into other places.

“Some of those things you probably couldn’t have imagined even 10 years ago.‚Äù

Currently, 21 U.S. states and one Canadian province are supported, with others expected to join. You should be able to map your hives if you live in any of the following states:

‚ÄúWe have more than 20,000 users. Some are growers, some are applicators and some are beekeepers,‚Äù Regagnon says.

Who funds this growth? A variety of sources financially support FieldWatch’s initiatives.

‚ÄúPart [comes from] the crop protection industry, part [comes from] users‚Äîprimarily the applicators‚Äîand the states who are members,‚Äù Engel says. “It’s a broad base of support that’s making this possible.”

That support network includes pesticide purveyors BASF Corp., Bayer Crop Science, Syngenta and Valent‚Äîsome of which manufacture neonicotinoids. Still widely used throughout the U.S., these have been shown to disrupt many important processes in honeybees and other invertebrate pollinators.

For their part, environmental watchdog groups such as Friends of Earth, or FOE, expressed concerns about voluntary initiatives such as BeeCheck.

In a 2016 FOE report, the authors note, ‚ÄúThese apps are used as political cover by the [Environmental Protection Agency] and state agencies involved in the state planning process to demonstrate their ‘efforts’ to protect pollinators. Voluntary approaches like these rely on widespread active participation, which cannot be guaranteed. … These programs lack the regulatory power to make a significant dent in pollinator decline.‚Äù

In FieldWatch’s current system setup, the onus to communicate with others falls on the applicators themselves. For example, say someone plans to spray a pesticide and wants to be sure no managed bee colonies are in harm’s way.

‚ÄúThe applicator just goes to our registry and into the map to see what’s there,‚Äù Regagnon says. “It’s not a mandatory notification system. So, if there are bees nearby, but the wind is blowing in the opposite direction or they’re spraying a bee-friendly pesticide, there’s really no need for a communication. So, it’s just if the applicator sees the data point and thinks, ‘Oh, I better call that guy and figure out what’s going on.’‚Äù

For now, BeeCheck-registered beekeepers are unable to comb databases for upcoming chemical applications taking place nearby. Nevertheless, it’s a start.