Conservation researchers increasingly rely on crowdsourced data to identify threats to pollinators. Here are ways you can help collect and report information. 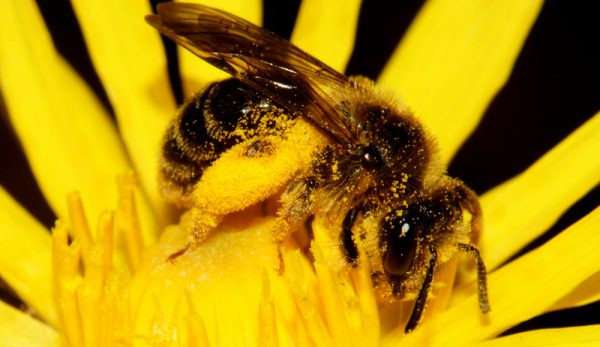 Honeybees get a lot of pressŌĆöand many research dollarsŌĆöthese days. True, they are adept pollinators. And although they aren’t native to North America we’ve come to depend on them to pollinate many of our fruits and vegetables.

Even so, other pollinators also struggle with challenges. These include climate change, shrinking natural habitat, increased use of pesticides and exposure to natural pathogens, among other things.

Bumblebees, cuckoo bees, sweat bees, leafcutter bees, various butterflies and many other beneficial insects have it just as hard. In fact, their plights may be even harder, because we’ve paid these native pollinators such scant attention.

Fortunately, that’s beginning to change. And you can do your part to help. You don’t need special equipment or a specialized degree to participate in citizen science.

Are you an educator, scout troop leader or parent looking for a valuable, ongoing project to share with the budding naturalists in your life? Some of the following conservation projects about native pollinators┬Ā are ideal for large or small groups.

The Great Sunflower Project, Bumblebee Watch and the Nativars Research Project are a few far-reaching citizen science programs worth considering.

Participants grow at least one lemon queen sunflower (a native), observe its blooms for at least three five-minute periods, and report the number of visits from various pollinators during the observation periods. By mapping the data collected, the researchers behind the project are getting a better understanding about the effects fragmented landscapes have had on urban, suburban and rural bee populations.

But why use the lemon queen sunflower in particular? The widely available native is relatively compact and easy to grow, and it offers pollinators plenty of pollen. (If you need to purchase lemon queen seeds, you might try Renee’s Garden. When you use the code FR225A at checkout, Renee’s will donate 25 percent of the proceeds to the Great Sunflower Project.)

If growing your own sunflowers sounds a little too involved, the Great Sunflower Project recently added a few new ways citizen scientists can contribute, including casual observations, traveling counts and area searches.

Unlike the Great Sunflower Project, which seeks data on many pollinator types, Bumblebee Watch seeks strictly the different types and distribution patterns of bumblebeesŌĆömany of which you might never have known existed. Since its launch in 2013, the project has worked with citizen scientists to establish population baselines on the rare ŌĆ£Yellow-banded,ŌĆØ ŌĆ£Ashton cuckooŌĆØ and endangered ŌĆ£Rusty-patchedŌĆØ bumblebee, among others.

If some species prove to be in trouble, the researchers also can use their collected data to advocate for conservation.

To get involved, simply create an online account, keep your camera handy and watch for female bumblebees. Unlike male bumblebees, females have six abdominal segments instead of seven and 12 antenna segments rather than 13.

If you see a female bumblebee in the wild, snap some high-resolution closeup images. Then upload them to bumblebeewatch.org and do your best to identify the type of bumblebee you saw.

Also note your location and (if you know it) the kind of flower the bee was visiting.

If you geek out on gardening for native pollinators, you might like a relatively new initiative housed within the Budburst citizen science umbrella. Known as the Nativars Research Project, this initiative was developed to help researchers determine whether ŌĆ£nativarsŌĆØŌĆöcultivated varieties of native plant speciesŌĆörival their native counterparts’ ability to provide plenty of high-quality nectar and pollen.

To that end, participants plant some (or all) of the plant species to be monitored. The researchers in charge chose five native species, which have four nativar relatives. (By the way, some of these grow well in pots or buckets if you do not have garden space.)

Once the plants flower, participants note the weather, time of day, and the health and life stage of the plants to be monitored. Next, they watch their plants in 10-minute intervals for visits from insect pollinators and officially record the data.

You don’t necessarily have to participate over the full duration of the project. But, if you’d prefer something long term, this one’s for youŌĆöthe Nativars Research Project lasts until 2021.