Photo by Rick Gush The greens of Swiss chard. Back when I grew Swiss chard in my gardens in the United States, I always wanted the tall plants with the thick, white stems. When cooking, it was common to focus on the stems and even to throw out some of the green leaf in favor […] 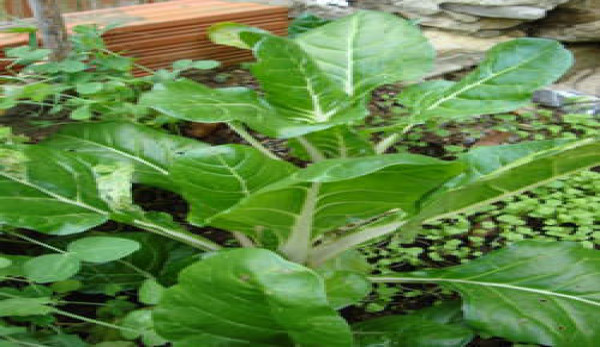 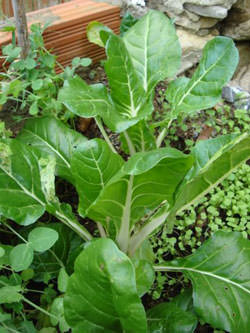 The greens of Swiss chard.

Back when I grew Swiss chard in my gardens in the United States, I always wanted the tall plants with the thick, white stems. When cooking, it was common to focus on the stems and even to throw out some of the green leaf in favor of preparing a plate of nice, thick stems. I like vinegar or mustard on my steamed chard stems.

Here in Italy, I grow more chard than ever, but the harvest procedure is the reverse, and the foliage is now the most desirable part, and even some of the thicker stems are discarded in favor of preparing a plate of solid green foliage. My wife mostly uses the greens as vegetable filler for vegetable pies and ravioli and also in soups.

In both cases the plant is the same, Beta vulgaris, but the varieties are different. All chard seems to be manmade improvements upon the basic Sea Beet that grows wild all over Europe and the Mediterranean. Chard is also a cousin of red beets, but chard roots arenâ€™t particularly tasty.

I find growing this green about a thousand times easier than growing spinach, and it produces more heavily and for a longer time. I will admit that raw spinach is much tastier than raw chard, but for all the cooking greens uses, and there are many, chard, or bietole, as they are called here, can easily produce the avalanche of edible greens that is desired. Cleaning chard leaves is also much easier than cleaning crinkly spinach.

Because I and many of my neighbors allow some chard plants to go to seed, chard is a wild plant around here, and it often shows up as a weed in the garden. I can transplant these volunteers to a better location if I wish to make use of them.

Chard is a biennial, which means that it normally grows for two seasons before flowering. Iâ€™ve found that the older plants will usually produce much larger stems, so I end up growing two types of chard. The older plants I move around and group together and these clumps will produce really big leaves with big stems in the spring and fall growth periods.

For my wife, who prefers much smaller stems, I direct-seed new beds in the early spring, and these will produce smaller juvenile-growth leaves that have very slender stems. In all cases we try to harvest before the leaves are very tall, but when the occasional plant does become enormous, I can always revert to my old ways and enjoy a plate of big, steamed stems with vinegar. Back in the States, I was a red wine vinegar user. These days, Iâ€™m a balsamic-vinegar aficionado. Balsamic vinegar makes red-wine vinegar seem watery by comparison.

Chard plants do grow best in the cooler seasons, and are quite cold-tolerant. Many people can overwinter chard plants, which often mean that they can eke out a harvest or two even in the middle of winter. We harvested three or four times this fall, and will be able to harvest once or twice during the coldest months. Once spring hits, we will be able to harvest weekly.