Asparagus beetles! The adults are munching on the spears and I suspect that, as evidenced by the other activity they are currently participating in, there will be lots of eggs there soon, too. 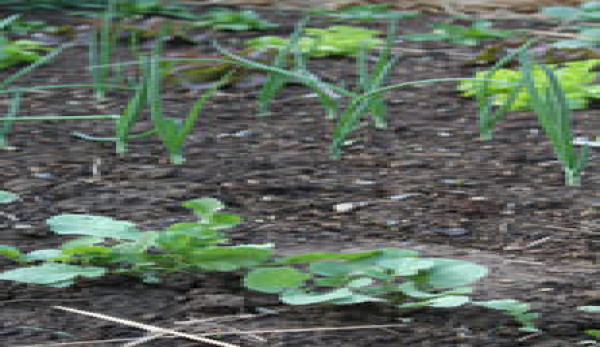 Asparagus beetles!  The adults are munching on the spears and I suspect that, as evidenced by the other activity they are currently participating in, there will be lots of eggs there soon, too.

Once the larvae hatch, I knock ‘em off with a daily brushing from a soft broom and watch the ground spiders come running for lunch.

But now, I’m just handpicking the adults.  I’m not a ‘sprayer’ type of gardener—even with organic stuff—so handpicking is about as militant as I get.  I’m sure my asparagus will survive (it always does) and so will I.  We’ll just be eating some raggedy asparagus that’s all.

A farmer friend once told me that if you gather a bunch of adult asparagus beetles in your hand and cup it up against your ear they will chirp and ‘sing’.  He swears it’s true but I haven’t been able to replicate his results.  Part of me wonders if he’s pulling my leg.  Anyone else heard of this beetle serenade?

So far everything else in the veggie patch is moving along smoothly.  Peas and onions look the best with the broccoli and lettuce close behind.

I’m guessing the radish will be ready to harvest within a few days.  The ‘All Blue’ taters are now in the ground and I finally got around to planting an ARP rosemary (supposedly hardy here—we’ll see), a bronze fennel and a variegated sage in my herb bed.  It’s going to look lovely someday (I hope anyway…).

We have had some cold nights here over the last week or two and I have been worried about the strawberry blossoms which are doing their stuff full tilt.  We had two nights with a light frost last week and, though I’ve never lost strawberry flowers to a frost, it worries me.  I covered the whole patch with floating row cover just in case.