What is a Langstroth hive? What's a "super?" How many sizes exist, and what is each used for? This guide will help you make sense of it all. 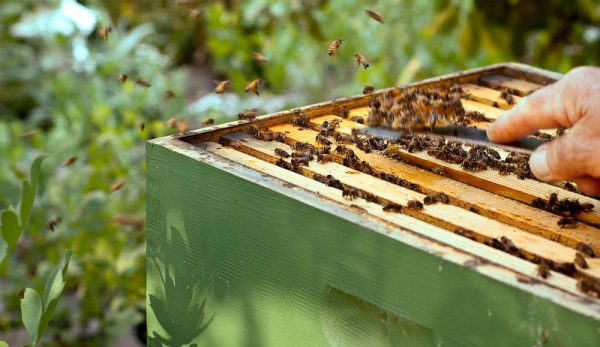 Beekeepers around the country are counting—not bees, but rather, they’re taking inventory of their equipment. During the slower, colder months we beekeepers catch up: We clean out our equipment, make note of what we have and what we need, and order more. For new beekeepers, this can be overwhelming and confusing—especially with so many opinions on what is best. Here is a handy guide for new beekeepers on the lingo and parts of the Langstroth hive so you are ready to order without confusion.

What Is the Langstroth Hive?

The Langstroth hive is named after its inventor, L.L. Langstroth, who patented the design in 1852. This hive has revolutionized modern beekeeping in the western world. It has changed very little since its invention. To a new beekeeper, the Langstroth hive is one of the easiest structures to get comfortable with, and it is what most of us envision when we think of a commercial bee hive.

The Parts of a Langstroth Hive

Langstroth hives look like one big structure from afar, but they are made up of several unconnected boxes called “supers.” These supers come in various sizes, and they rest atop one another. They are not fastened, screwed or nailed. The supers are manipulated, or moved, any time a beekeeper conducts an inspection. Inside the supers are a series of frames (usually eight or 10) that contain plastic or wax foundation upon which the bees build their comb. Above the supers are two covers: an inner cover, which is a flat piece of wood with two openings, and an outer cover, which is a heavy, weatherproof top designed to hold the inner cover down, secure the supers and keep out the elements. Below the supers are the bottom board, which can be screened to improve airflow, and the hive stand, which supports the entire structure.

As mentioned earlier, supers are the main body of the Langstroth hive. They house the bees, their comb and all the wax as well as all the stored honey, pollen and growing brood. This dark structure is where the queen spends nearly her entire life, laying eggs and raising brood.

Each type of super has its own purpose, though beekeepers have interchanged them and experimented since the Langstroth’s invention. Traditionally, shallow supers are designed for honey. They hold less, so they’re easier to move. Deep supers are traditionally for rearing brood and leaving any honey behind for the queen and the “baby” bees. Mediums have the most flexibility in modern beekeeping. Hobbyist beekeepers often use medium supers for the brood chamber and for honey. Using all medium supers for everything simplifies inventory and makes interchanging frames much easier. This is also a wonderful way to make splits, share or sell bees, and easily transfer honey to the broodnest if need be.

Before committing to a configuration, visit a beekeeping store or meet with a fellow beekeeper to see that person’s hives. Lift the various supers with and without honey or brood in them to see how they feel. What you choose will depend on your own style of beekeeping and what feels right to you—not to mention your back!