Would you like a generous supply of farm-fresh eggs? Here are tips on finding the right layer hen breeds and how to care for them. 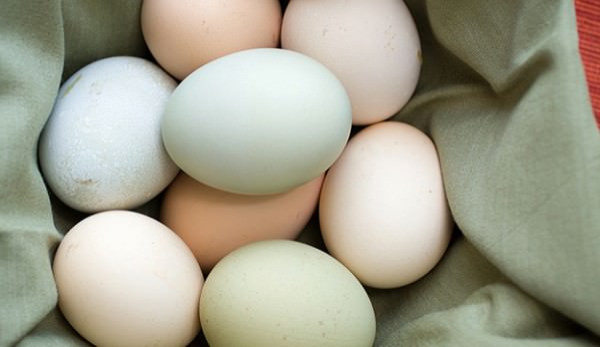 It’s hard to ignore the call of farm-fresh eggs. In an effort to make a step toward self-sufficiency, to know where one more element of your diet comes from or to add character to your small-scale farm, you might be exploring the best layer chicken breeds for your farm. There are hundreds of chicken breeds out there, and many of those are ideal for eggs.

Egg-laying chicken breeds tend to fall into two categories: heritage and hybrid. Heritage-breed chickens have been around since your grandparents’ time and often have multipurpose qualities, while hybrid chickens are commercially developed for a specific purpose. Some layers have both a heritage strain and a variety that has been commercially bred for productionâ€”not necessarily hybrid, but commercializedâ€”so be sure to ask your source which you’re getting if this distinction matters to you.

“[Heritage] breeds were carefully selected and bred over time to develop traits that made them well-adapted to the local environment, and they thrived under farming practices and cultural conditions that are very different from those found in modern agriculture,â€ť according to The Livestock Conservancy, a nonprofit that works to protect livestock and poultry breeds from extinction. The organization defines heritage chickens as those that:

Hybrid chicken varieties have been developed by crossing certain breeds for one trait or a set of traitsâ€”in this case, primarily egg production. Whereas heritage-breed chickens might be good at egg laying and meat production, hybrid chickens will excel at one or the other. When two hybrids are bred together, you will not get the same traits as a result, so if you try to breed two Black Stars, for example, you would end up with chicks that don’t look like their parents.

The Best Breeds to Keep for Eggs

There are many factors to consider when choosing the right egg-laying breed for you, from production to temperament and feed requirements. The breeds mentioned here are only a few of the many egg-laying chicken options that you have for your backyard or small-scale farm flock. Read the basics about these top egg-laying hens, but don’t stop your research here!

Originally from Italy, the layer breed is considered by many to be the best egg-laying hen around. Thereâ€™s a commercial strain often used in industrial-scale egg production, as well as a heritage type. The heritage breed lays 220 to 300 large or jumbo white eggs per year; the commercial breed lays more than 300. The heritage White Leghorn likes to forage in free-range situations, but their white color makes them attractive to predators. The commercial type has been developed for indoor egg production. Being from the Mediterranean, Leghorns are heat-tolerant, but their large combs make them prone to frostbite in frigid climates.

This layer chicken also has a commercial and a heritage strain. Both do well in outdoor egg-production systems. Developed in Rhode Island, this breed lays extra-large brown eggsâ€”250 or more each year beginning at 6 months of ageâ€”and adapts well to most climates. The variety with a rose comb does better in cold environments than that with a single comb. The heritage strain is considered a dual-purpose meat-and-egg bird.

This is a hybrid sex-link chicken, meaning it can be sexed at the time of hatching because females are born one color and males are born another. Also called a Black Sexlink, the Black Star was developed by crossing two other popular egg-laying chickens: Barred Rocks and Rhode Island Reds. Black Stars start laying brown eggs around 5 months of age and will lay as many as five each week. They are hardy in most climates.

Also called Red Sexlinks, Red Stars are also hybrid sex-link egg-layers. They start laying large, brown eggs at 22 weeks, and Murray McMurray Hatchery says this is its best egg-laying breed. You can expect more than 250 eggs per year from these hens. They are hardy in a range of weather conditions and are easy to raise. Red Star hens are reddish-brown with white throughout, and Red Star roosters are white.

Also called a Barred Rock, these egg-laying chickens a large, dual-purpose breed that usually lay more than 200 large, brown eggs each year. This breed was developed in New England and, until World War II, was the most popular breed in the U.S. It is a foundation breed to the commercial broiler chickens produced today. Plymouth Rocks do well in both free-range and enclosed living situations. In extreme cold, their combs could become frostbitten.

Orpingtons come from England and are usually called by their color: Buff Orpington, Black Orpington, Blue Orpington or White Orpington. Buff Orpingtons are the most popular of this large, dual-purpose heritage breed. They lay large or extra-large eggs, though at 175 to 200 eggs per year, theyâ€™re not as prolific as some breeds. What they lack in egg-laying abilities, they make up for in meat production. Because they are large, Orpingtons do better in cool climates than in hot.

Where to Get Chicks

You might be overwhelmed with sources of chicks. You can find them everywhere from Craigslist to feed stores to hatcheries and breeders. Purchase your chicks from a reputable, disease-free source that is close to your home. The less transport time your chicks experience, the less stressed they will be when they arrive. If your source is National Poultry Improvement Program certified, as all hatcheries should be, that’s even better. Realize that anyone can sell chicks, and if youâ€™re looking for reliable egg-laying hens, you’re better off knowing your birds’ lineage and this particular strain’s history.

Bringing chicks to your farm does bring the opportunity for disease and bacteria introduction. Think about the health of your other farm animals and your neighbors’ animals before taking on chickens from an unknown farm. If there’s any chance you might breed chickens in the future, you should know the actual lineage of the birds you’re bringing home, and often the breeders who deal primarily through local websites and penny shoppers might not keep track of this information. Don’t be afraid to ask questions about the source of the birds you buy.

Adult egg-laying hens can be easy to keep if you have the right housing situation. If youâ€™re raising your flock from chicks, though, youâ€™ll need a few more pieces of equipment. Before you bring layers to the farm, make have these things in place to keep your birds safe and sound.

Chicks start out in a brooder before being moved to a coop. The brooder can be a room (if you have a lot of chicks) or just a large heavy-rubber tote (if you have just a few chicks). The point of this draft-free space is to keep chicks safe from predators, warm, and close to their food and water. Have your brooder space set up at least 24 hours before you bring home your chicks so the air, bedding and water have time to warm up to the proper temperature.

Food and water are obvious necessities for chickens. You can find many feeder and waterer plans online if you’d like to make your own, and you can purchase them reasonably priced at your local farm-supply store. The feeders and waterers that you put in the brooder house might be appropriate to move into the hen house, but keep in mind that as layer hens grow, so does the amount of space they’ll each take up around the feeder and waterer.

At around 6 weeks old, chicks can move into more spacious accommodations. The hen house also needs to be predator-proof to the max. Chickens will be vulnerable to predation throughout their whole lives. Egg-laying hens require roosting space and nesting boxes in the hen house, as well as feed and water. You might wish to have a mobile chicken coopâ€”called a chicken tractorâ€”or just a stationary coop. If you go with a stationary house, bed it and clean it out once each week (or use the deep-litter bedding system).

If your egg-laying chickens are going to free-range, consider fencing them in to protect them from predators, or you might just put them inside at night. If you’re using fencing, go for the predator-proof kind: small-weave, potentially electrified, buried 6 inches so predators can’t dig underneath (unless you’re using temporary net fencing that will be moved regularly) and at least 5Â˝ feet tall so coyotes can’t jump over it. If you are putting up a small fenced enclosure, consider putting up overhead protection, too, to keep out hawks. Sometimes a few simple reflective strips running over top of the fenced area are all you need.

Tips for Keeping Your Layers Healthy

The topic of egg-layer health is worth a whole book itself. Understanding the basics of chicken health will help you keep your layers healthy and productive:

With the right breed, good equipment and attention to health care, your new layer hens will be providing you with fresh eggs from your farm or yard in no time. You’ll wonder how you got by with grocery-store eggs for so long.