USDA evaluates and rates four sheep breeds for their production and market quality. 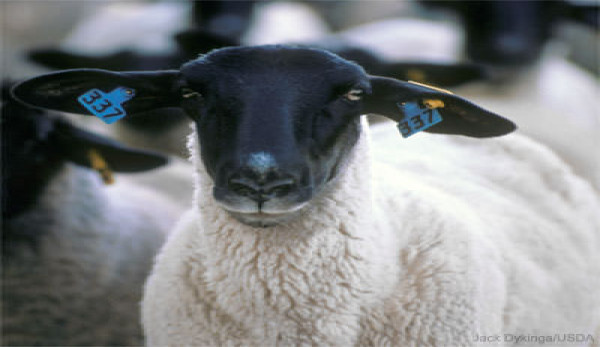 Sheep producers in western states can get a better idea of whichÂ sheep breeds are best suited for their operations, based on a comprehensive evaluation by USDA scientists of the animals used to produce market lambs.

Rams from each breed were mated toÂ Rambouillet ewes, producing more than 1,800 lambs over a three-year period. Suffolk-sired lambs were larger at birth, grew faster and had a survival rate as good as or better than other crossbred lambs.

After weaning, lambs were fed a high-energy diet and weighed weekly. Suffolks had the most rapid gains, most desirable leanness and were equal or superior to other lambs in growth, fat depth and loin muscle area. When examined for feed efficiency, Suffolks also scored better than other breeds. Columbia-sired lambs required more than 15 pounds of additional feed compared with other groups.

At comparable market weights, Texels had heavier carcass weights and larger loin muscle areas, but were also fatter than lambs sired by the other breeds.

While the Suffolk scored the highest in most performance traits, other breeds still have desirable qualities. The Texel can produce heavily muscled lambs ready for market at younger ages. The Columbia is valuable for wool production and might be used as both a maternal and sire breed. The composite, developed mainly as a genetic resource, might be useful in stressful production environments that favor a lamb with intermediate growth potential.

Scientists are developing new germplasm resources in an effort to capture each breed’s positive traits and incorporate them into a higher-performance breed.