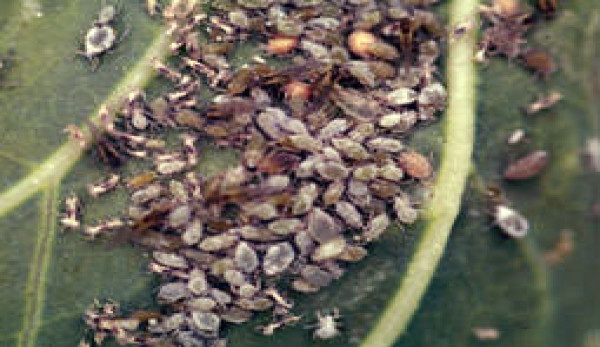 There is no denying that this winter was an unusual one for most of the U.S. Intense storms, warmer temperatures and lower-than-average precipitation levels have left farmers scratching their heads. While a widespread summer-like end of winter encouraged many to get a jump on farming and gardening, last season’s effects will not all be so pleasant going forward. Insect pests, in particular, should be on farmers’ minds.

“We’re between two and three weeks ahead, development-wise, of where we would be in a normal year,” says Mike Raupp, professor of entomology and extension specialist at the University of Maryland. Raupp’s office is receiving tick and mosquito reports well ahead of schedule, and he reports that his own Mason bees, which normally emerge on March 21, made their first appearance on March 9, 2012.

There are several insect effects we can expect to see:

Earlier and More Constant Appearances
Univoltine insects—those that produce a single generation per year, such as black vine weevils, gypsy moths and tent caterpillars—will make their appearance earlier, but Raupp says there will not necessarily be more of them.

Multivoltine insects—those that produce multiple generations per year, such as grape berry moths, aphids, spider mites, stink bugs and scale insects—will show up sooner and will reproduce more often. “When we have exceptionally warm years, they’re able to wedge in more generations because they develop so rapidly,” Raupp says.

Northern Migration
As average temperatures have been rising over the years, entomologists have watched as insect species native to U.S. southern states, such as fire ants and southern scale insects, have worked their way into more temperate regions.

“When we have mild winters, these guys that are beat back by wicked winters aren’t being beat back,” Raupp explains. So the southern-indigenous insects are able to continue their march north.

Slow Growth, High Mortality
This last item is based on the slow growth-high mortality hypothesis, which has not yet been proven by scientists.

This year, farmers “can hope that the predators don’t follow these rules,” Raupp says. “I think the bugs are going to have a banner year.”

There is some uncertainty among entomologists about what, exactly, we can expect from a winter like we experienced in 2011-2012.

“We know that extremely cold temperatures will mitigate populations of some types of insects,” Raupp says. “We don’t know as much about what a warm winter means.”

One thing Raupp says he does know, though, is that farmers need to be on guard for insects earlier than usual to protect their crops: “Push forward the dates they would scout their crops to look for these things, in particular for the multivoltine pests.”

To get started fighting pests on your own farm, learn about sustainable integrated pest-management techniques you can employ.