Photo courtesy of Shutterstock The Biosecurity for Birds campaign is for every bird owner, whether backyard-chicken keepers or farmers. As part of the upcoming Bird Health Awareness Week, the United States Department of Agriculture’s Animal and Plant Health Inspection Service will launch the Biosecurity for Birds campaign, with activities and programs that will educate the […] 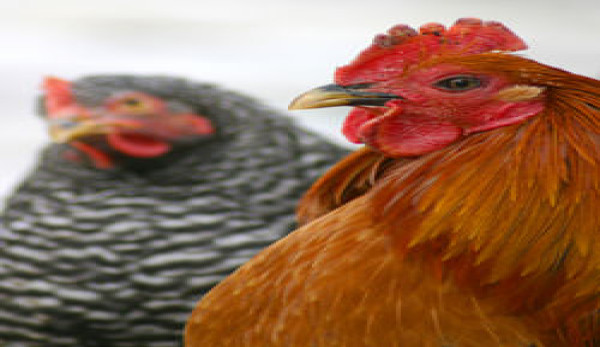 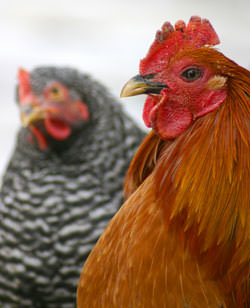 The Biosecurity for Birds campaign is for every bird owner, whether backyard-chicken keepers or farmers.

As part of the upcoming Bird Health Awareness Week, the United States Department of Agriculture’s Animal and Plant Health Inspection Service will launch the Biosecurity for Birds campaign, with activities and programs that will educate the public on infectious poultry diseases. The week runs from October 30 to November 5.

The program includes online- and social-media-based events designed to raise awareness on how bird and poultry owners can keep their animals healthy and free from illnesses.

One of the activities will be a Twitter discussion with an APHIS expert on Tuesday, November 1 from 10 a.m. to 11 a.m. EST. During the chat, bird and poultry owners will have the opportunity to submit questions and get answers on a variety of subjects, including which signs indicate an infectious disease, what action to take if their animals are sick, and whom they should call if they need help. Participants can enter in the discussion by using the hashtag and word #HHchat or send in their questions via e-mail before the scheduled event to birdbiosecurity@aphis.usda.gov.

APHIS kicked off the Biosecurity for Birds campaign in 2004 after a devastating outbreak of the Exotic Newcastle Disease in California, Nevada, Arizona and Texas in 2002 and 2003.

In the 10 months it took to get END under control, more than 4 million birds and poultry died, making it the United States’ worst animal outbreak in three decades and costing state and federal governments $160 million.

The Biosecurity for Birds campaign is aimed at commercial and non-commercial bird owners and gives them advice on how to detect END and avian influenza, such as watching out for a drop in egg production or appetite; eye, neck and head swelling; and discolorations.

END is an illness that attacks a poultry animal’s respiratory, digestive and nervous systems. Healthy birds can catch the disease if they come in contact with the bodily fluids of infected birds, usually through droppings or secretions.

The disease is so infectious that birds may die before showing signs of END. Vaccinated animals are not always protected against infection.

Avian influenza is a naturally occurring virus that lives in the intestines of wild birds. But among domesticated birds such as chickens, ducks and turkeys, avian influenza can cause death.

Just as with END, the virus spreads through secretions from sick birds, as well as contact with contaminated surfaces or even feed.

Last year’s Bird Health Awareness Week included a free online seminar on bird health led by experts and a fun Name the Bird contest, in which the public was invited to submit suggestions and vote on the name of the Biosecurity for Birds campaign mascot.