Blackberries And Raspberries: Popular And Easy To Grow

Looking for an easy-to-grow plant with income potential for your hobby farm? Blackberries and raspberries fit the bill and are a "berry" good idea. 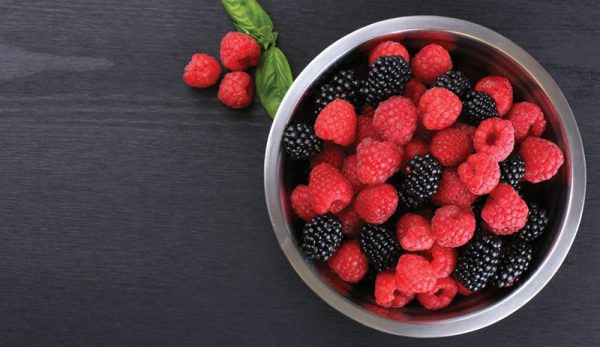 Drum roll, please! The 2020 Herb of the Year as selected by the International Herb Association is ‚Ä¶ Rubus species. What? No sage or thyme? What is Rubus species? Simply put, this is a scientific way to refer to a group of bramble plants that produce some of America‚Äôs favorite summer berries including blackberries and raspberries.

To celebrate the year of the berry, why not grow a few cultivated blackberry and raspberry bushes in your home garden or go bigger and think business?

No matter your goal, it‚Äôs good to start at ground level. Nanette Neal, an extension educator for The Ohio State University in Columbus, Ohio, advises that everyone sample their soil before they do anything else.

‚ÄúOne of the first things you want to do is take the soil sample, which can be done through your local extension office, where you want to plant your raspberries or blackberries so you know you are preparing your soil to the best benefit you can before you plant your crop,‚Äù Neal says. ‚ÄúYou want to make sure you‚Äôve got your pH and your nutrients right before you even get started. Adjusting after you plant the crop is difficult.‚Äù

Space is an initial consideration for health and profit. More plants equal more maintenance and time. ‚ÄúYou get items too close together. They get hot,‚Äù Neal says. ‚ÄúYou spread them out. They cool down. If they get too hot, they‚Äôre more prone to disease than if they are able to spread out and keep cool.‚Äù

Each berry variety will have different space requirements, but the rule of thumb when planting blackberries and raspberries is one plant every 5 feet.

The horses were long gone, and he was looking to generate revenue. Taking up a total of 2 acres, Pratt‚Äôs farm opened for picking in 2017. He acknowledges more plants equals more payroll.

‚ÄúYou have to touch every plant twice a week from May through June when they‚Äôre doing their major growing,‚Äù he says. ‚ÄúThat is how you have to figure out how many plants you want. Farming is not my full-time job, so I have to pay people to do all of the labor. It‚Äôs not cheap.‚Äù

Check out the beginning farmer’s guide to berries.

While blackberry and raspberry plants are perennial, their canes are biennial.

Blackberries and raspberries grow and reproduce rapidly. Pratt compares their growth to weeds with the capability to grow 6 to 8 inches a day in spring. Once in production, the plants will grow new canes and flower on old canes in the same year.

Both berries are best grown on trellises. This provides order to unkempt growth and allows for both better production and ease of picking and pest/disease control. Homeowners often go DIY, while U-pick farms go with more elaborate systems.

Pratt uses a commercial system that allows the blackberries to be lowered to the ground over the winter and covered for protection. This protection is crucial to maintaining a good harvest in northern climes.

‚ÄúBasically, you‚Äôre going to get three seasons out of one year. A high tunnel works similarly to a greenhouse. But instead of growing in pots and up on table slats, you are growing in the soil.‚Äù

It’s not hard to find numerous varieties of berries. The home gardener can pick up a few plants at the local hardware store or nursery. For a business, the choice can be a key to success.

‚ÄúFor us, we found out that as soon as school starts, nobody wants to come out anymore,‚Äù Pratt says.

‚ÄúPersonally, I was less happy with the variety that fruited late in the year. It seemed to me to be more susceptible to spotted wing drosophila [a small invasive fruit fly] than the other ones.‚Äù

Pratt‚Äôs summer now starts with ready Natchez berries bearing gigantic fruit the first two weeks of July. That is followed by Ouachita, ready around mid-July, and Apache, which readies around the end of July or the beginning of August.

‚ÄúAll three of those varieties I really, really like,‚Äù he says. ‚ÄúIt‚Äôs cool to get these big berries you can‚Äôt eat in one bite. They‚Äôre two-bite blackberries. They‚Äôre just massive.‚Äù

Read about cottage-food business ideas and check out some recipes.

Rolling in the Dough!

Can blackberries and raspberries be profitable?

Neal says they can, but they must be run as a business. She counsels growers to know their market up-front.

‚ÄúIf I go to the farmers market and I don‚Äôt sell everything, they‚Äôre not going to carry over for the next three days until I get to my next market,‚Äù she says. ‚ÄúWhat am I going to do with all the berries? You‚Äôve got to have a backup plan or a value-added plan.‚Äù

Some businesses choose to process their berries into jams, jellies, pies and cakes. Neal reminds people to follow cottage foods and home bakery guidelines. Which rules you follow depend on where the products are sold.

Pratt feels location is a factor in his success. His farm sits in a high population area, and he can charge $6 per pound for U-pick berries. Other farms aren‚Äôt so close to large populations and charge $3 to $4 per pound.

“Our customer base is really suburban moms. They love coming out with their kids and then a lot of retired people that want to go pick and make jams and jellies and that kind of thing.

“I‚Äôm surprised by how many groups of young people going out for a group event or date night were starting to show up last summer. Last summer, we were able to open a lot more because the yield was there.‚Äù

Pam Freeman is a freelance editor and writer with social media expertise. She is the author of Backyard Chickens: Beyond the Basics. She lives in the country with her family and enjoys raising chickens, observing nature, crafting and gardening, especially growing herbs. She can be found at www.pamsbackyardchickens.com