Courtesy iStockphoto/Thinkstock Growing gardens in parking lots or other urban areas is not a new concept, but Joe Kovach, a horticulturist at Ohio State University, is studying ways to make it more productive. An old asphalt parking lot might not seem like a good place for a garden. But in urban areas it can be. […] 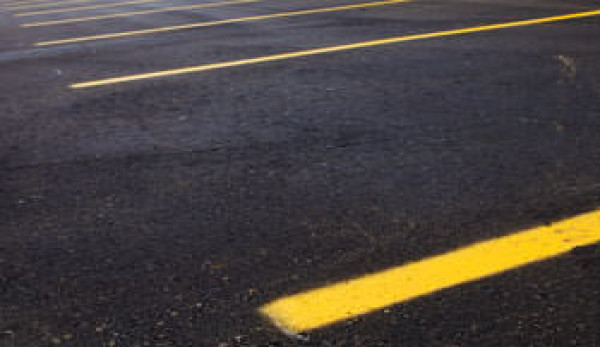 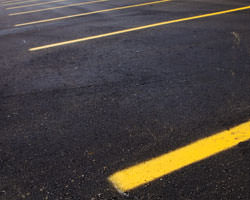 Growing gardens in parking lots or other urban areas is not a new concept, but Joe Kovach, a horticulturist at Ohio State University, is studying ways to make it more productive.

An old asphalt parking lot might not seem like a good place for a garden. But in urban areas it can be.

Joe Kovach, an Ohio State University expert on small-scale horticulture who specializes in maximizing fruit and vegetable production in limited spaces, is investigating ways to garden in empty, abandoned parking lots. In a three-year study, he will compare plants grown in giant-sized pots, in raised beds set on blacktop, and in trenches cut into blacktop.

“There are a lot of vacant parking lots in places like Cleveland and Youngstown,” said Kovach, who holds a joint appointment with Ohio State University Extension. “We’re hoping to learn if the trenches work, if the pots are worth it, and of all three techniques, which is the best.”

His work could boost the use of abandoned urban land, helping people who live in urban food desertsâ€”areas having little or no access to affordable, nutritious foodsâ€”grow more of their own tomatoes, spinach and other fresh produce. And it could help them do it more easily.

Turning blacktop green isn’t a new concept, but Kovach wants to see if there’s a better way to do it. Parking-lot gardeners commonly use raised beds, bottomless wood or plastic boxes that rest on a layer of wood chips. Some growers tear out the asphalt instead. They “de-pave” the entire parking lot and plant in the ground.

Kovach wants to see if de-paving only the trenches is a simpler yet productive option; if waist-high pots are easier to tend than ankle- or knee-high raised beds; and what sort of freezing, drying or overheating problems might arise in any of the systems. He’ll look at yields, pests and high tunnels, as well.

“I don’t think anyone else is doing this bonkers research, quite frankly,” he says. “[Starting it] seemed like a good idea at the time.”

Kovachâ€™s idea for the study emerged when hard work and opportunity collided.

He recently completed a six-year study of fruit and vegetable polyculture in which dozens of big, healthy apple trees, peach trees, raspberry plants and blueberry bushes were grown. He didnâ€™t want to see the plants go to waste, so he used some of them to establish a polyculture demonstration site in the lawn of a recently closed dormitory at OSUâ€™s Agricultural Technical Institute. The rest of the plants were planted in the dormâ€™s parking lot to begin his new study.

“We’re trying to come up with different ways to use asphalt like this,” Kovach says. “Instead of saying, ‘It’s wasted land, let’s rip it all up,’ we’re saying, ‘Let’s figure a way we can use it.'”

In October 2010, the trenches were cut, the pots were bought (black, plastic and the size of a small hot tub), the soil-mix materials were gathered, and the fruit trees and plants were transplanted. The final planting of additional crops as well as the installation of an irrigation system and six high tunnels will take place this spring.

For the study, the plantings will be replicated in each of the three systems.

In the first garden system, apples, peaches, blueberries and blackberries will be grown in the giant pots; deep-rooted vegetables, such as tomatoes, in normal-sized buckets with drain holes; and shallow-rooted crops, such as green beans and strawberries, in wide gutters hung on cattle panels. Of the three garden systems, this is highest off the ground, and Kovach will try to determine if this higher system equates to easier care.

In the second garden system, the trench, Kovach will see if tearing up only part of the parking lot is a viable option. All the fruits and vegetables, including the fruit trees, will grow in 3- by 30-foot trenches cut out of the asphalt. A low raised bed will surround each trench, raising the trench’s sides thus creating a deeper pit for planting and making it easier for gardeners to reach.

In the third garden system, all the crops will be grown in 30-inch-high raised beds set on top of the asphalt. Hitting at about knee-height, they’ll be higher than the trench beds but lower than the pots. The bottom 15 inches of each bed will contain wood chips for drainage and height.

All three systems will use the same soil mix: wood chips, compost, sand and topsoil in a 4:2:1:1 ratio, respectively. Parts of all three systems, too, will grow beneath high tunnels to determine if asphalt captures and retains enough heat to be productive in the spring and to make a difference inside the tunnels`1.

The polyculture demonstration site will serve as a study control for the garden systems on the asphalt.

“There are still a lot of issues to be addressed, but if this research is successful, land that was paved and considered unusable for food can become productive again,” Kovach says.